Where the mind is without fear and the head is held high”- Quotes the Viswa Kavi Gurudev Rabindranath Tagore to the 21st Century World.

Calcutta, May 7th 1861 (Bengali: Baisakh 25th), in an auspicious celestial bliss, the legendary Bard, an Angel and the Indian polymath took his birth at the distinguished “JORASANKO THAKUR BARI” as the youngest son of Maharshi Debendranath and the Grand child of Prince Dwarakanath Tagore. The child Tagore, was taught at Home and his lack of conventional education turned the Grace in disguise among the dazzling luminaries of the firmament.

Literature is the mirror of Society, while the writer is the Oasis of civilization. Tagore’s unique farsightedness, statesmanship and vivid retrospection are especially reflected in his innumerable volumes of magical poetries, songs, essays, novels, mystic dance dramas and short stories. His life speaks his thirst for innovations, occult, perseverance and endeavour. His warmth of Gratitude, sovereign insight – godly reticence, linguistic proficiency and flair for writing – made him a versatile internationalist. Being the haven of creation, an ardent exponent of spiritualism and mentor of philosophy, Tagore meticulously worked to promote the boon of “Holistic Education” across the country. Breaking the Barrier of time & region, the thespian Gurudev introduced the Ambience of Raksha Bandhan to evoke harmony and universal brotherhood. The polymath put his intuitions flowered in scintillating consciousness of the infinite innate.

The ecstasy of “Gitanjali” enlightens the globe. The colossus, charismatic Tagore is the dovetail of pragmatism for all ages. His marvel of corpuses at once conveys his intrinsic brilliance. Ethnic yet contemporary, the euphoric genre of Tagore has pounded every heart, oscillated every nerve. Gurudev remains one of the rare Geniuses behind today’s globalization. “VANDE-MA-TARAM” was written by Sahitya Samrat bankim Chandra in “Anandamath”; while Tagore sung the verse for the first time at the National Congress, Calcutta Session. Soon the song ignited the dynamic momentum of Nationalism and played the key role on the frenzied phase of the “SWADESHI” movement. PHILANTHROPIST Tagore and his INDIA. World without Tagore is solar system without the sun. Entire Europe and West turned speechless overwhelmed by World Literature “Gitanjali”.

Invited at countless World conferences Tagore tributed his immortal speeches inundating every nook and corner of the Globe. Philosophy says the World is Rational but literature says the World is beautiful. The Gracious Lord of India – Author of NATIONAL ANTHEM, World poet Gurudev Rabindranath Tagore, father of Universal Bengali Sahitya, is First Asian in the history of Nobel Prize. Tagore’s songs, Rabindra Sangeet shake globe. His Excellency- “Viswa Kavi” stands as the sole Icon of Indian Culture. Past is the mother of Present – few words can’t convey the highness of Gurudev and Vastness of his Legacy. With his deepest Regards Gandhiji coined the honour- “GURUDEV” on Tagore. Touched with Gandhiji’s dedication, Tagore conferred Mohandas the Award of “Mahatma”. Hardly, the country has a platonic herald as Romantic as Tagore. Down the memory lane, 1919 – knocked by Nation’s Cry, the patriot Tagore renounced his “Knighthood” with a historic letter to Lord Chelmsford.
Pen is the tongue of mind.

“Am I no more today?” (“ke bole go sei sakale nei Ami?”) – asks the world poet to the 21st Century World. Even today, the noted painters of the globe keep stunned by the Magnetism of Tagore’s paintings at Paris Exhibition. The stormy thoughts, sublime Philosophy and passionate fragrance of Rabindra Sangeet bring Revolution in world music.

1913, Tagore stood the first non-European to achieve the world’s highest Award – the Nobel prize. Stockholm, 1921 – On the historic event of Nobel Acceptance ceremony, Gurudev Rabindranath addressed the World by the panorama of his metamorphic speech.

Music is the eternal beauty of the world. India’s destiny – Tagore’s “Jana Gana Mana” inducts the Nation with the mantras of Secularism and Unity. Tagore showered the classic debonair of the “NATIONAL ANTHEM” in his vocal majesty marking the salutation of the Mother India. Tagore’s Nephew Abanindranath pioneered the sketch of “BHARAT MATA”. The utmost Refined and Reformed decorum of TAGORE portrays the Global identity of Modern India.

After returning from China, Tagore introduced the Tea Culture in India through a cordial inaugural ceremony of a Tea club in Santiniketan.

BERLIN, 1930, Two Gifted intellects of Earth – Albert Einstein and Tagore made mutual conversation on Science and Culture. The patron Tagore circumnavigated the world. Today Bharat walks from midnight to the millennium with the foot prints of Tagore. Amidst, the Awesome Generic taste Gurudev felicitated the socio-cultural festive gala of the “Monsoon” at Santiniketan through an Grand Celebration of Greetings, named “ BARSHA MANGAL”.
Tagore penned “SHYAMA”, the Globally acclaimed Rabindra Nritya Natya. “GHORE BAIRE” is the vibrant Swadeshi Novel by Tagore; which has been crowned into a distinct International Indian film by the Veteran director SATYAJIT RAY, at later years. Tagore’s “Ghare Baire” is translated in English and named – “The home and the World”. The divinely Gurudev brought the globe to India. Exclusive series of magnificent lectures across UK, Cambridge, Japan, China, Boston, Rochester and Harvard University, USA placed the sobriquet Gurudev Tagore – the Ambassador of Indian Culture at the Zenith of Global Repute. On Nation’s behalf, Dr. Radhakrishnan paid the deepest homage to “THAKUR” through his book – “The philosophy of Rabindranath Tagore”.
Commemorating the skin creeping 150th Global Rabindra-Jayanti, Indian Railways flagged off the “SANSKRITI EXPRESS” from Kolkata. This special exhibition train is adorned with the endless works of Tagore. Sanskriti Express touches every major Rail Stations of India.

“Hey Nutan”!; 1940, the University of Oxford arranged a precious function at Santiniketan and conferred “DOCTORATE” on Tagore.

1921, the mesmeric Gurudev spent all his royalties and Nobel Prize money in formally founding “VISVA BHARATI”. The amazing Rabindra Nritya Natyas – “Chandalika” and “Chitrangada” paved the milestone of Indian Renaissance.

“Holi” – the Gorgeous festival of flamboyant colours, reaches its climax at Tagore’s Abode in Santiniketan with Sea of people joining world wide. “Visva Bharati” wears her queenly attire in the spectacular beauty and heights of Viswa Kavi’s Generosity. Gurudev named holi as “Basanta Utsav” and composed numerous tunes of ever refreshing songs and choreographs to welcome Holi.

Gurudev’s profoundly sensitive poetries, paintings, songs (Rabindra Sangeet) and rabindra Nritya Natya are India’s splendor to World. “Poush Mela” – the prestigious winter festival is one of the most significant cultural utsav at Santiniketan of Global gathering.

King or beggar – Ocean of humanity across the length and breadth of the country and Globe rushed to “CALCUTTA” on Tagore’s Holy Yatra..
“A hundred years from today
Who are you reading seated,
This poem of mine albeit
So curiously, per se – “
(“Aji hote Shoto Borsho pore……..”)
– pronounced the beloved “Viswa Kavi”. 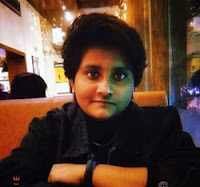