Neeraj Pandey was born on 17 December 1973. He  is an Indian film director, producer and screenwriter.  Pandey was born and brought up in Howrah, West Bengal. His father, who originally came from Arrah, Bihar and worked for Bosch in Calcutta. He did his schooling from St. Aloysius High School, Howrah (till Class X) and then St. Thomas' Howrah (Class XI and XII).Pandey moved to New Delhi, where he graduated in English from Sri Aurobindo college(University of Delhi)

Pandey made his directorial debut in A Wednesday!, which was largely praised by audiences as well as critics and which later became a recipient of many accolades. His second film was Special 26 (2013), which was followed by Baby (2015), the latter of which received critical acclaim and became a huge commercial success. He served as a producer in Rustom (2016). Pandey returned to directing in 2016 helming the biopic M.S. Dhoni: The Untold Story based on renowned Indian cricketer M.S.Dhoni which fared well critically and commercially. Besides being a filmmaker, Pandey is also a writer and has written a novel named Ghalib Danger in 2013 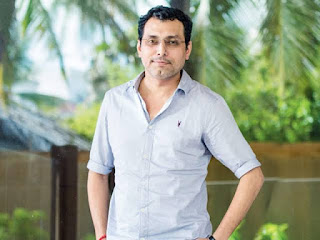 In 2016, his production house Friday Filmworks entered into a joint venture with Reliance Entertainment and formed Plan C Studios.

He has also directed a Web Short 'Ouch' with Manoj Bajpayee and Pooja Chopra which is nominated for Filmfare Short Film Award 2017. He was the co-producer of the blockbuster Toilet- Ek Prem Katha which won critical appreciation from the film industry and the audience. His next release was Aiyaary which starred Sidharth Malhotra and Manoj Bajpayee and was both critically and commercially unsuccessful, becoming his first failed venture.