We are all aware that social media has become ubiquitous in the twenty-first century. Since the introduction of several open platforms like Instagram and YouTube, there have been a large number of social media influencers. These influencers provide interesting material for their viewers while constantly grabbing attention. According to the largest living generation of consumers, social media creators, not superstars, influence our culture and determine trends.

Pushppal Singh Bhatia from That Couple Though; one of the popular social media account holders from Jalandhar, Punjab, adds, “We have to develop a thick skin and dedication to our compassion to get outreach and an audience to rely on our work. A lot of celebrities are not able to indulge and provide attention to their followers."  His better half in real & social media life, Ravneet Kaur,  added, "Effective influencers have high levels of engagement rather than a large number of followers. Influencers participate in conversations, answer questions, and provide in-depth perspectives, unlike the majority of celebrities.”

The 78 million-strong generation known as millennials trust and relate to social media producers more than celebrities from movies, television, sports, or music. While conventional superstars may have more name recognition among the general public, they lack the trust of younger viewers that social media innovators have. Thanks to the ongoing development of new technology, we have developed into a society where information is at our fingertips. Anyone seeking it can find everything from cooking to DIY (do-it-yourself) crafts to fashion. Some "micro-celebrities" have emerged as a result of a large number of social media users and content producers. There is a reason why they are referred to as "influencers." They have a sizable following that they can sway with their primarily video-based material. Influencers then continually expand their audiences thanks to the sharing of their material by their current admirers. Sharing is therefore the main factor driving the success of many new influencers.

The typical celebrity's days are clearly numbered. The online star is quickly gaining clout. Marketers and those attempting to ride a celebrity's status cannot ignore this. If they do, they will eventually slip into nothingness. And with both established and developing businesses, attempting to draw attention to their products, the ability to use these platforms, reduce marketing costs, and attract huge audiences is critical. 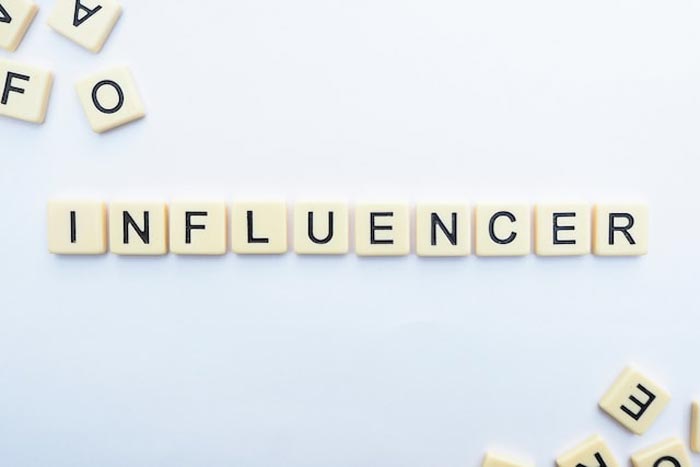 Influencers on social media occupy a space between celebs and friends. They are viewed as aspirational figures as well as people with whom the customer has developed a relationship via regular engagement. Social media artists form ties with their followers based on common interests, interactions, and responses to the material that they generate on channels they own. This is just not doable with traditional media celebrities. Although conventional celebrities have historically had a significant impact on pop culture trends in our society, new social media stars have recently been able to attract a larger audience and exert a stronger influence on pop culture than traditional celebrities. It is demonstrated by their capacity to establish communities where consumers experience greater levels of involvement, transparency, and relatability, leading to a stronger sense of connection to the influencer.

Influencers are quickly becoming the new generation's celebrities. Most influencers are wealthier and more famous than many celebrities. Celebrities are pushed by the production companies for whom they work, whereas influencers are generally self-made and generate their own following. As an audience, this gives us a sense of belonging. As a result, we prefer to back our favorite influencers.