Pollution is now a commonplace term that our ears are attuned to. We hear about the various forms of pollution every day and read about it through the mass media. Air pollution is one such form that refers to the contamination of the air, irrespective of indoors or outside. A physical, biological or chemical

alteration to the air in the atmosphere can be termed as pollution. It occurs when any harmful gases, dust, smoke enters into the atmosphere and makes it difficult for plants, animals, and humans to survive as the air becomes dirty. 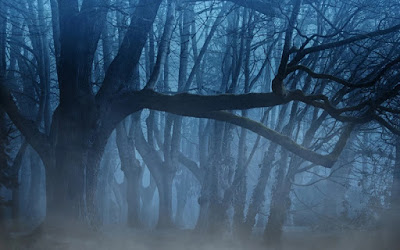 Causes of Air Pollution:
•    Automobiles - Motor vehicles like cars, buses, trucks emit harmful gases. The principal gas emitted by motor vehicles is carbon dioxide and some nitrous oxide. These gases cause the surrounding air to get polluted and contribute to climate change and global warming.
•    Fertilizers - Chemical fertilisers give off ammonia, a very harmful gas that causes air pollution.
•    Emissions coming out of factories - Factories emit several gaseous pollutants like sulphur dioxide, carbon monoxide and other hydrocarbons that mix with the air causing degradation of the air quality.
•    Indoor air pollutants - We are not protected from air pollution even in our homes due to indoor air pollutants like excess moisture, volatile organic compounds, carbon monoxide, and radon.
•    Mining activities - While mining, several harmful gases and dust particles are emitted into the surrounding air, causing air pollution.
•    Burning of Fossil fuels - The burning of fossil fuels emits a large amount of carbon monoxide and sulphur dioxide, both responsible for air pollution.
•    Deforestation - Deforestation is one of the primary causes of air pollution because fewer plants and trees mean less absorption of carbon dioxide. We know that increase in the amount of carbon dioxide is not suitable for our environment.

Effects of Air Pollution:
•    Acid rain is precipitation containing harmful amounts of nitric and sulphuric acids. These acids are formed primarily by nitrogen oxides and sulphur oxides released into the atmosphere when fossil fuels are burned. These acids fall to the Earth either as wet precipitation (rain, snow, or fog) or dry precipitation (gas and particulates). Some are carried by the wind, sometimes hundreds of miles. In the environment, acid rain damages tree and causes soils and water bodies to acidify, making the water unsuitable for some fish and other wildlife. It also speeds the decay of buildings, statues, and sculptures that are part of our national heritage. For example, Taj Mahal has been damaged because of Acid rain.
•    Eutrophication is a condition in a water body were high concentrations of nutrients (Such as nitrogen) stimulate blooms of algae, which in turn can cause fish kills and loss of plant and animal diversity. Although eutrophication is a natural process in the aging of lakes and some estuaries, human activities can greatly accelerate eutrophication by increasing the rate at which nutrients enter aquatic ecosystems. Air emissions of nitrogen oxides from power plants, cars, trucks, and other sources contribute to the amount of nitrogen entering aquatic ecosystems.
•    Haze is caused when sunlight encounters tiny pollution particles in the air. Haze obscures the clarity, colour, texture, and form of what we see. Some haze-causing pollutants (mostly fine particles) are directly emitted to the atmosphere by sources such as power plants, industrial facilities, trucks and automobiles, and construction activities. Others are formed when gases emitted to the air (such as sulphur dioxide and nitrogen oxides) form particles as they are carried downwind.
•    Effects on wildlife. Toxic pollutants in the air, or deposited on soils or surface waters, can impact wildlife in a number of ways. Like humans, animals can experience health problems if they are exposed to sufficient concentrations of air toxics over time. Studies show that air toxics are contributing to birth defects, reproductive failure, and disease in animals. Persistent toxic air pollutants (those that break down slowly in the environment) are of particular concern in aquatic ecosystems. These pollutants accumulate in sediments and may biomagnified in tissues of animals at the top of the food chain to concentrations many times higher than in the water or air.
•    Ozone depletion. Ozone is a gas that occurs both at ground-level and in the Earth's upper atmosphere, known as the stratosphere. At ground level, ozone is a pollutant that can harm human health. In the stratosphere, however, ozone forms a layer that protects life on earth from the sun's harmful ultraviolet (UV) rays. But this "good" ozone is gradually being destroyed by man-made chemicals referred to as ozone-depleting substances, including chlorofluorocarbons, hydro chlorofluorocarbons, and haloes. These substances were formerly used and sometimes still are used in coolants, foaming agents, fire extinguishers, solvents, pesticides, and aerosol propellants. Thinning of the protective ozone layer can cause increased amounts of UV radiation to reach the Earth, which can lead to more cases of skin cancer, cataracts, and impaired immune systems. UV can also damage sensitive crops, such as soybeans, and reduce crop yields.
•    Corp and forest damage. Air pollution can damage crops and trees in a variety of ways. Ground-level ozone can lead to reductions in agricultural crop and commercial forest yields, reduced growth and survivability of tree seedlings, and increased plant susceptibility to disease, pests and other environmental stresses (such as harsh weather). As described above, crop and forest damage can also result from acid rain and from increased UV radiation caused by ozone depletion.
•    Global climate change. The Earth's atmosphere contains a delicate balance of naturally occurring gases that trap some of the sun's heat near the Earth's surface. This "Greenhouse effect" keeps the Earth's temperature stable. Unfortunately, evidence is mounting that humans have disturbed this natural balance by producing large amounts of some of these greenhouse gases, including carbon dioxide and methane. As a result, the Earth's atmosphere appears to be trapping more of the sun's heat, causing the Earth's average temperature to rise - a phenomenon known as global warming. Many scientists believe that global warming could have significant impacts on human health, agriculture, water resources, forests, wildlife, and coastal areas.

How to control Air Pollution:
•    Using renewable sources of energy – Air pollution can be reduced by using renewable sources of energy like solar energy, geothermal energy and wind energy as these emit no toxic gases.
•    Minimizing the use of vehicles that cause air pollution - Vehicles that emit toxic gases should be avoided. Instead, the use of non-polluting vehicles like trams, electric cars etc., should be encouraged. We should also try carpooling and not use personal vehicles to travel short distances.
•    Conservation of Energy – car engines should be turned off while waiting at traffic signals and electric appliances should be turned of when they are not being used to reduce the usage of fossil fuels because we know that the burning of fossil fuels leads to air pollution.
•    Afforestation - Afforestation or planting more trees can help improve the air quality as trees can absorb the toxic gases present in the air and reduce greenhouse gases.