The story behind the Gemini constellation is such a fascinating one. It is said that the constellation is made up of two twins - Castor and Pollux. There are many myths and legends surrounding the two twins, regarding their birth, their life and death. One of the most popular one goes as such. Gemini in Latin translates to twins and so the brothers were called Dioscuri which means “sons of Zeus”.

As the story goes Zeus was smitten by the Spartan Queen Leda and visited her in the form of a beautiful swan to seduce her. The Queen then gave birth to two sets of twins, a girl and a boy in each pair. One pair, Polydeuces and Helen were said to be fathered by Zeus and the other, namely Castor and Clytemnestra were fathered by her husband, Tyndareus. Now unlike the children of Zeus they were considered to be mortal. Helen would go on to live her legacy as the famous Helen of Troy as we know it. She was known far and wide as the most beautiful woman in the world and rightfully so. Her controversial abduction or as many claims’ elopement is what sparked the Trojan War.

Castor and Polydeuces grew up to be very close, one was claimed to be an excellent horse rider whilst the latter gained fame for his skills at fighting and boxing. Castor is even said to have been a proficient fencer who is said to have taught even the mighty Heracles himself. As the two grew up they had a number of adventures together. As a result of which all their expeditions and excursions have turned into glorifies myths and legends of their own. A very famous one is their part in the expedition to get the Golden Fleece with the Argonauts’. The Golden Fleece is said to signify a flying winged ram named Crius Chrysomallos which translates to “Golden fleeced ram”. The Golden Fleece is a very integral part of the legend of Jason and the Argonauts when they set on a journey to retrieve the fleece from Aeëtes, the King of Colchis.

The golden fleeced ram was said to be the son of Poseidon, The God of the Sea and Theopane. Theopane was a beautiful woman often coveted by a lot of men, when Poseidon carried her away to the island of Crumissa, he turned the woman into an ewe and himself into a ram and thus the Golden Fleeced Ram was born. The ram is said to have perished and given his fleece where it was laid in the shred grove of Ares. It is said then when the ram shed its fleece it ascended into the stars to become the constellation of Aries as we know it today.

Castor and Polydeuces met their end when they fell in love with two women, Phoebe and Hilarea, who were engaged to Idas and Lynceus who were also twins and former Argonauts. The two twins clashed and Castor met his end at the hands of Idas but Polydeuces had defeated Lynceus. In a fit of rage Idas tried to avenge his brother but struck by a bolt of lightning that was sent by Zeus in an effort to save his son.

Polydeuces then was unable to bear the separation from his brother and asked Zeus to share his immortality with his brother. Zeus agreed on the condition that the brothers would have to alternate their time in Olympus and the Underworld to which Polydeuces agreed. So touched by his sacrifice for his brother that he denied entering Olympus as a God and his willingness to share his life and immortality if that is what it took to be with his brother Zeus honoured them by placing them both in the sky where they remain as the inseparable constellation of the Gemini.

The myth is one that inspires love and sacrifice. A bond that is so strong that even death could not sever it. The twins heads were then known as Alpha and Beta Geminorum, the two brightest starts in the constellation. The constellation resembles two human like figures holding hands with the two brightest stars marking their heads. A story which reminds us time and again of the beauty of love, trust and sacrifice, of human connection and the willingness to surrender oneself for another. 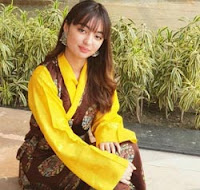