From being ‘Nothing’ to ‘Millionaires’ : BTS's journey to Fame

And the award goes to Bangtan Sonyeondan!’
In 2016, BTS were taken by surprise when their name was announced at the MMA (Melon Music Awards). In an often-shared video, the band looks surprised, with BTS leader RM uncertainly standing up, shocked. It’s their first Daesang (Grand Prize), infusing hope in them again as they had come close to disbanding. BTS leader RM (AKA Kim Namjoon) who is usually the most composed and eloquent, is

bewildered in the video. Then the band walks towards the stage, and an emotional RM can’t find words to elucidate his feelings. He manages to shout into the microphone, “Thank you ARMY, thank you, we love you.” Behind him, J-Hope, Jin and the usually-reserved Suga fight their tears and the group shares a quick hug before hurrying off stage.
It’s 2022, and the boys have just released their latest album ‘Proof’, a nostalgic throwback to the past nine years they have been in the industry. Proof is already breaking records, and has sold over million 3 million physical copies. It’s another feat for the Princes of Pop, as they’re often dubbed, apart from sweeping Billboard Awards, getting Grammy nods, being named as ambassadors for the UNICEF. These were the seven boys who sold pamphlets in the street of U.S to random people telling them to come to see their concert, which was free. These the global superstars are the same boys, once sporting unusual haircuts and chains, who were once sleeping in the same dormitory and were almost unable to make a music video because they didn’t have the money for it.

The story of BTS isn’t one of overnight success; they’ve been climbing a ‘mountain’ as RM once said, and their faithful ARMY (the fans of BTS are called ARMY; it’s short for Adorable Representative M.C for Youth) has been their companion throughout and saved them from breaking apart. To be very honest, they saved each other.

Big Hit chairman Bang Si-hyuk signed Kim Namjoon (RM), who was an underground rapper, on the spot, and they slowly gathered the crew that would grow to become to BTS — Min Yoongi (Suga), became the rapper and producer; A boy from Busan, Jeon Jungkook only came to audition because he was inspired by RM and got casted as the main Vocalist of the band; Jung Hoseok (J-Hope) who was a street dancer, became a rapper and main dancer of the band; then Kim Seokjin (Jin) was casted, who is essentially meant to be the band’s face but emerged as a powerful vocalist, along with Kim Taehyung (V), a teenager with husky tones. And am amazing dancer, Park Jimin, joined at last.

They became Bangtan Sonyeondan or BTS (bullet-proof Boys), a name which means to block out stereotypes, criticisms and expectations that target adolescents like bullets. They were a group of boys with contrasting personalities, and yet, a septet who created a dynamic synergy that slowly spread to different corners of the world. Each member is irreplaceable — J-Hope with his fluid dance moves, Suga and RM with their hard-hitting raps, Jungkook’s high notes, Jimin’s vocals, with Jin and V rounding it all of with vocals and screen presence.

It wasn’t instantaneous. There was much angst after their debut on 13th June, 2013, and the band wondered why none of their songs were able to create any sort of buzz. The company was almost going under and Bang Sihyuk was running out of funds. In these nerve-wracking stressful conditions, they trained from dawn to dawn sometimes, and yet they weren’t seeing the success they dreamed of. They knew they were doing something different, by focussing on the tales of troubled youth, a wide range of social issues, instead of songs of love and heartbreak. Yet, the results were disappointing. Their lead single No More Dream hit the charts and quickly faded away. They didn’t know that one day their fans would be thriving on these very songs and making compilations.

Their broadcasts were cut short, and they were beginning to be labelled as failures, as competition rose. They faced attacks on their makeup and the way they looked. Yet, they persevered and continued to expound on depression and mental health, breaking stereotypes surrounding K-Pop idols who normally shied away from such topics.

Finally, it shone through with their song ‘I Need U’ from the album, “The Most Beautiful Moment In Life” saved the group from actually disbanding.

Keeping in line with their themes of anguished youths, the song broke language barriers and brought the anxieties to the fore, yet with a different and reinvented style. Regardless of language, the message for the listeners was loud and clear and laid the groundwork for the band’s future astronomical success. In what was almost a last ditch-effort, the band reinvented their musical styles and made a partial shift from their classic hip-hop singles. The song has an emotionally charged atmosphere, packed with whistling synths and R& B riffs that set the tone for the despondent, yet powerful chorus of the song. The fierce, yet strangely hopeful energy intended to capture the internal traumas of disturbed youths, and later ARMY understood the pathos behind the song — as the members were not sure that they would even have a band. The music video reached over one million views within 16 hours — the fastest record for any BTS music video at the time. In the hard-hitting and rather chilling video, the members struggle with their demons, interspersed with brief moments of joyous brotherhood.

I Need U created the Bangtan universe and they blended it seamlessly with the Most Beautiful Moment in Life trilogy and seeped into their music videos or rather ‘concepts’. While other K-Pop bands had created concept albums, there was something raw and organic about BTS’s method; which invariably would lead to the intense engagement with fans. Their manner of story-writing, was deemed so unique and unusual, that it almost seemed unprecedented at the time. Success was achieved, but the trolling continued as they were accused of buying albums in bulk to bolster stales and manipulate charts. They were finally cleared after months of much harassment.

Apart from their discography that sees different blend of genres packed with creative concepts, their effervescent, charismatic, down-to-earth and cheerful personalities despite their trying times had something to do with this supreme popularity; there is something always so incredibly personal about the
band that one doesn’t feel they’re K-Pop idols. Their personalities are so clearly etched out for all, that ARMY knows each one’s habits better than they do. Their numerous V-Lives, variety shows like Run BTS shows the boys as they want us to see—just boys, fighting over food, trying to cook, winning and cheating at games, laughing and crying together over inside jokes.

Recently BTS marked their presence at the White House where they met US President Joe Biden to address the rise in anti-Asian hate crimes and discrimination. The members including leader RM, Jin, Suga, J-Hope, Jimin, Taehyung aka V and Jungkook, talked about respecting each identity and spreading love. When BTS met Joe Biden, the US president appeared to be equally thrilled and said that he is one President who appreciates them. Biden also played BTS' popular English song 'Butter' to make them feel at home.

A lot has to do their ability to break stereotypes and their role in redefining gender constructs. Ignoring brutal attacks from people who said they ‘look like girls’—-they sported gender-neutral outfits, and opted for chokers, bracelets, corsets and wore clothes from the women’s collection of popular brands. In an interview with Jaeki Cho for Amazon Music, RM talked about the band’s role in redefining gender constructs. He said, “We didn’t have the intention to redefine masculinity or the manly, but it feels good that we can have this positive effect or influence any categories.” He added, “We are living in a time where labels that we call ‘masculinity’ or ‘manly’ are vanishing.” 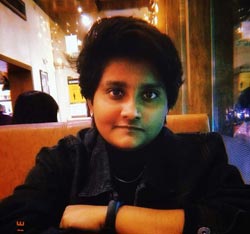