Naturally occurring changes in solar irradiation Climate change is caused by volcanic activity and Earth’s orbital characteristics. A portion of the solar energy entering the earth reflects back into space. But some of this radiated energy is absorbed by air gases. The earth is warmer than the moon because of this. If these natural heat-trapping properties were not present, the earth’s average surface temperature would be about 33°C lower (IPCC, 2001). The gases that trap heat energy are known as greenhouse gases.

Due to human-caused GHG emissions and the elimination of natural sinks like deforestation and ocean pollution, the amount of greenhouse gases (GHG) in the atmosphere has significantly increased in recent decades, following the industrial revolution. The warming of the earth’s surface is a result of this process, which also changes how energy is transferred between the atmosphere, space, land, and oceans. We refer to this process as global warming. Additionally, solar energy or temperature controls the wind, ocean currents, humidity patterns, cloud movement, and other elements of Earth’s weather, which alters the planet’s climate.

Additionally, this amplifies the effects of natural calamities such storms, flooding, rain, landslides, droughts, loss of agricultural land, extinction of species, and epidemics. A net increase in the amount of energy that the earth absorbs as a result of greenhouse gases’ positive radiative forcing Gases that cause global warming include CO2, CH4, water vapour, N2O, and O3. Additionally, HFCs, PFCs, and SF6n are 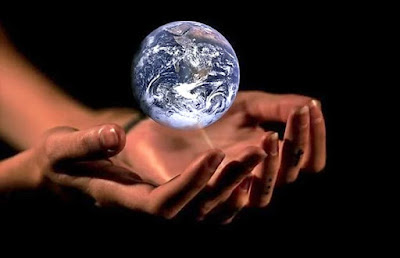 accounted for in national greenhouse gas inventories and are anthropogenic in origin. The global radiation budget is affected by a number of gases, including CO, NO2, SO2, and secondary pollutants such tropospheric ozone (formed in reaction with volatile organic Compounds with oxides of nitrogen under UV Radiation).

Industrialization should come first. Burning fossil fuels alone increases the concentration of greenhouse gases by 30%. (GHG). The surface temperature of the Earth increased by 0.18°C over the past century, and the expected rise for the current century is between 1.1 and 6.4°C (IPCC, 2007). The amount of CO2 increased by 31%, methane by 150%, and nitrous oxide by 6% in the atmosphere between 1750 and 2001. The average global temperature today is 15°C, compared to 22°C several million years ago when the earth’s CO2 level was greater than 1000 ppm and mammals and dinosaurs were still extinct (MacRae, 2008). A few areas of the Arctic and Antarctic were devoid of ice and teeming with ancient plants and creatures.

About 55 million years ago, the sea level was 100 m higher than it is now. On the now-frozen Norwegian Island of Svalbard, there are fossil records of enormous pantodont creatures, sequoia-like trees, and creatures like crocodiles. By the year 2100, atmospheric CO2 levels, which are primarily caused by human activity, will exceed 1000 Ppm. Global Warming, however, is not a recent problem; it has existed since the Paleolithic era. Ancient warming was natural, because it was caused only by frozen methane thawing and volcanic activity.

The terms “global warming” and “climate change” refer to the rise in world average temperatures brought on by the intensification of the greenhouse effect and the emission of more greenhouse gases. Natural occurrences like forest fires and lava eruptions. The thawing of the permafrost on the ocean floor and the subsequent methane emission from cattle, damp areas, and human-made sources such as deforestation, the creation of greenhouse gases in industry, the cultivation of paddy, and exhausts from various types of combustion. The earth’s warming causes established weather patterns to quickly shift. The National Oceanic and Atmospheric Administration (NOAA) says there are a number of signs that the planet is warming up.

Greenhouse
The sun’s energy controls the weather and temperature on earth. The heat from the sun heats the surface of the planet, which then reflects the energy back into space. Some atmospheric gases trap some of the emitted energy and hold onto heat. This raises the average global temperature and thus affects the weather patterns. The term “greenhouse gas” refers to gases that store heat energy; all greenhouse gases are positive radiative forcing agents and are able to alter the atmosphere’s energy balance. The cumulative radiative effect of a gas is measured by its global warming potential (GWP).

GWP values for gases are calculated in relation to the GWP of CO2 to calculate the forcing induced by a unit volume of gas over a specified length of time. Methane’s global warming potential (GWP) is 34, whereas CO2’s GWP over a century is 1. 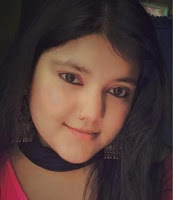