He is M. Tech and Ph.D. both from IIT Delhi. He also holds MBA degree along with two Postgraduate Diploma in Management. He has distinction of having done second Ph.D. in Management. Throughout his academic career, he has always been Distinction Holder and in most of the service courses, he has been topper of the batch. He has published many research papers in National and International journals of high repute. He also possesses MS degree in Counselling and Psychotherapy. He has authored seven books. His two popular books of engineering titled Concepts and Applications of Microwave Engineering and Wave Propagation and Antenna Engineering are published from a renowned publisher Prentice Hall of India, Delhi and prescribed in IITs, other lead colleges and universities.

He has been conferred the most prestigious Presidential award “Vishist Seva Medal” on republic Day 2016 by former President Shri Pranab Mukherjee.For his outstanding contribution, high degree of professionalism and utmost dedication. Dr.Sanjay Kumar has received two commendation medals by Chief of the Air staff and Air Officer Commanding in Chief. He has also been conferred “Bihar Gaurav Samman” by Governor of Bihar, Hon. Sri Ram Nath Kovind, the present president of India. He has also been conferred “Bharat Vidya Shiromani Award” by former governor of Assam and Tamil Nadu, Hon. Bhishma Narain Singh. On youth day 2018, he has been commended and felicitated by Hon Chief Minister, Dr Raman Singh in presence of youth icon Virendra Sehwag for his extraordinary innovative projects and developing drone technology in the state. Last but not the least While working as Vice Chancellor of ITM University, Raipur he received No 1 ranking award in national mission “Bharat Swachhata Abhiyan” on 01 October 2018 by Hon’ble minister Mr. Prakash Javadekar. He has been Vice Chancellor of symbiosis University, Indore also. 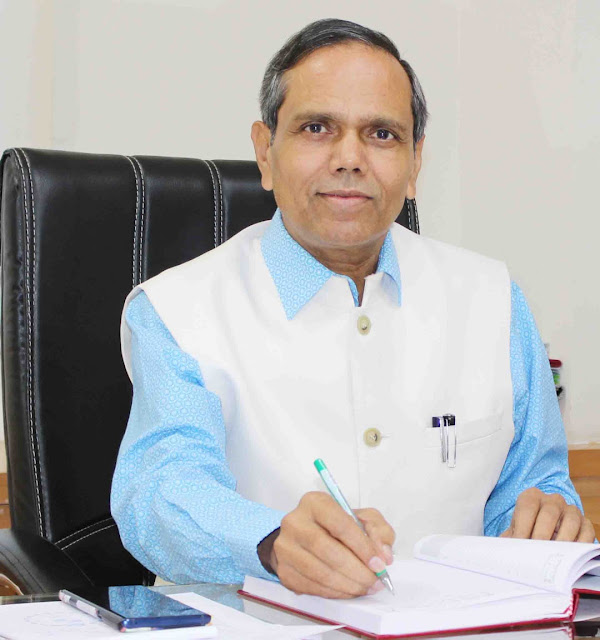 His core competence is in Research Methodology, Electronics & Communication, AeroSpace Engineering and HR Management. He has distinction of having worked in ISRO, Space Application Center, Ahmadabad, DEAL, Dehradun, Scientific Analysis Group (DRDO) and National Informatics Center, Delhi and Defense Avionics Research Establishment (DARE), Bangalore. His varied specialization includes Satellite communication, Space and Microwave communication, Electronic Warfare, Modeling & Simulation, Renewable Energy, Antenna Design and Radar Engineering. He has worked as Principal Advisor in Defense Avionics Research Establishment, DRDO, Bangalore. He is a prolific speaker on technical and management subjects. He has delivered his talks on various national and international forums. He is guest editor and columnist of Hitavada, Dainik Bhaskar and other leading dailies. He has been an invitee of Doordarshan & All India Radio. He has guided many start up projects. He is an eminent orator, a proven military leader, technocrat, world-class researcher, educationist and a true academician.