June 03, 2020
Human disappearances have took place for many decades from many centuries, leaving behind the people around them and many future generations grappling with questions of what, exactly, happened to them. Here are few mysterious files who have been disappeared many years ago and not been found till date.
1. DB Cooper
If you’ve ever watched the comedy movie Without a Paddle or a number of other movies, TV shows plots, songs, and books have been based on by the legend of this man. On Thanksgiving Eve, 1971, DB purchased a ticket under an alias, Dan Cooper, and then proceeded to skyjacked Flight 305 of the Northwest Orient Airlines which was bound for Seattle-Tacoma International Airport. Right after the flight took off from on what only supposed to be a thirty minute flight; Cooper told a flight attendant that he had explosives in his possession and demanded two-hundred thousand dollars and four parachutes in addition to a refuelling truck for when they would land at the airport they were originally headed for. Authorities paid out the ransom and gave Cooper the parachutes. After refuelling began, he then told the pilot and crew where he wanted the plane to take him, which was Mexico City. However, about thirty minutes into the flight, he jumped from the plane from ten thousand feet near Mount St. Helens in Washington State. Not only was he never found, but Cooper’s real identity also remains a mystery and it’s not known whether he survived the jump. Nonetheless, the FBI declared in the same month that they were no longer pursuing him. Rackstraw, a seventy-two year man living on a boat in San Diego Bay claims he considered filing a defamation suit against the television channel, but it has never been filed.
2. Amelia Earhart
Amelia Earhart is most probably the famous missing person file in history. As both of the pilots and a passenger, her exploits into flying and her crew members also made her very well-known. However, on July 2, Earhart sent out radio message asking for help; apparently they were dangerously low on fuel over the Pacific Ocean. The US Coast Guard sent help in the form of a cutter, the Itasca, but they were unable to locate the plane. The cutter has proceeded to send up few of the smoke signals, hoping the pair would see the smoke, but it was of no use. Neither for the plane nor for the two aboard was ever found. Earhart’s husband funded a private search, but it failed to produce any results. The most common belief is that her plane ran out of fuel and she had no choice by to ditch into the Pacific Ocean, subsequently sinking after the crash. Even after the intensive searches at the time, in 2012, researchers spent another two point two million dollars trying to prove that Earhart had instead crashed on a tiny island. However, nothing was ever proven.

3. Harold Holt
Harold Holt was a prime minister of Australia, the seventeenth, to be exact. After serving in quite a few positions of cabinet, he became the leader of the Liberal Party, and subsequently became the prime minister in 1966. After being prime minister for less than two years, Holt went for a swim at one of his favourite swimming spots. Unfortunately, he never returned. A major search operation was put into action, but he was never found. At the time of the incident, Holt was taking pain medication for a shoulder injury. Even though Holt was a skilled swimmer, it is believed that he was either swept out to sea or that he was eaten by a shark. His death was eventually ruled as an accidental drowning; the location where he went swimming was known for strong rip currents. An exhaustive search yielded on results. His body was never found. A slang expression was coined after his disappearance, “do a Harry Holt”, which meant to bolt or disappear abruptly.

4. Jimmy Hoffa
Jimmy Hoffa was a union official presiding of the Teamsters for over ten years. He was corrupt and involved in organized crime, going to prison in 1967 while retaining his presidency over the Teamsters. However, he resigned his post in 1971 in order to gain release as well as a pardon from then President Nixon. Hoffa was last seen outside a Detroit restaurant where he supposedly met with two organized crime bosses. After disappearing, he was finally declared dead in 1982, but the circumstances which surrounded his disappearance and subsequent apparent death are still a mystery to this day. However, it’s been established that he was killed by mobsters the day he disappeared, although a body was never found. There were many stories circulating about his disappearance and according to one mob source, Hoffa was put in a shallow grave on a vacant lot about twenty miles from where he was last seen. The source claims this was supposed to have been a temporary location, but that Hoffa’s body was never moved. Nonetheless, this has never been proven. 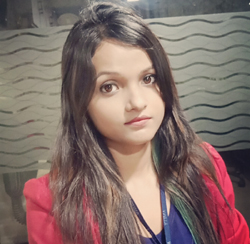