June 01, 2020
A few days back a legend has passes away, a legend who won three Olympic gold medals for India. Balbir sing sr.  has left us at the age of 96 after giving us so many memories to remember him forever and lessons to learn from his great career and his wonderful personality , he was one of the greatest hockey player to ever played the game, in 2012 he was listed as one of the 16 greatest Olympic players of all time by the Olympic committee, he is the only Indian to make it to any such list. In the 1952 Olympics Balbir Singh scored 5 goals in the final against Netherlands which still holds the record for the highest number of goals scored in final in Olympics by an individual, Balbir Singh is considered as the hockey’s greatest ever centre forward. Balbir Singh sr.  also coached and managed Indian hockey team, under his leadership India won the 1975 world cup and won a bronze in the 1971 world cup. He was the 1st sports personality to be honoured with the Padma shri award in 1957. 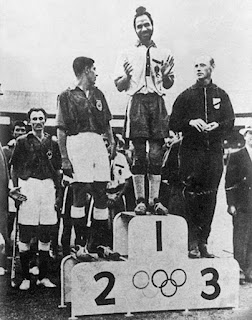 Balbir Singh was a student at the Sikh National College, Lahore when he was spotted by the coach of Khalsa college hockey team as very talented hockey player and the coach was Harbail Singh, who later coached team India at Helsinki and Melbourne Olympics. In 1942 after being repeatedly insisted upon by Harbail Singh Balbir Singh transferred to Khalsa college, Amritsar Balbir Singh started training and practising under Harbail Singh and within a year Singh was selected to represented Punjab university which won all inter-university titles with Balbir Singh as the captain three years in a row 1943,1944 and 1945 but soon due partition and disturbances that came with it Singh had to move to his home town Ludhiana where he joined Punjab police, he captained Punjab police team  for almost 10 years

In 1948 London Olympics Singh made his 1st international appearance in a match against Argentina after that he was benched and played in the final against Great Britain where he scored two goals and India won 4-0. Singh’s best performance came in the 1952 Olympics in Helsinki, Singh was the vice-captain of the team, he was India’s flag bearer in the opening ceremony, in the semi finals he scored a hat trick against Britain, which India won 3-1 and the final he scored record breaking 5 goals against Netherlands which India won 6-1. In the Helsinki Olympics Singh cored 9 out of 13 goals scored by India. In total Singh played 8 Olympic matches and scored 22 goals.

Balbir Singh was not only a great player but a great person, he was secular nationalist and did not believed in the idea of religion based player listing which was very prominent during that time, in 1975 when he joined the Indian national hockey team as a manager and coach, Indian hockey was going through a turbulent time and various political issues surrounded Indian hockey with the selection of players and as the team was predominantly comprised of Punjabi Sikh player so the team war cry was “jo bole so nihal, sat sri akal” but he changed it to “jo bole so hai, Bharat mata ki jai.”To promote inclusiveness and secularity He even played Aslam Sher khan a Muslim player in the final against Pakistan in the times when Muslim players were not played in matches against Pakistan which was revolutionary.