Wonders Of The World

May 08, 2020
There are so many wonders in this mysterious and wonderful world. In, ancient times there were Seven Wonders of the World they are, the Pyramids of Egypt, the Hanging Gardens of Babylon, Statue of Zeus, Temple of Artemis, the Mausoleum of Halicarnassus and Colossus of Rhodes and many others are there. The wonders changed, developed or being created as per modern time. They were created by people to enhance beauty and praised gods or emperors to show respect. 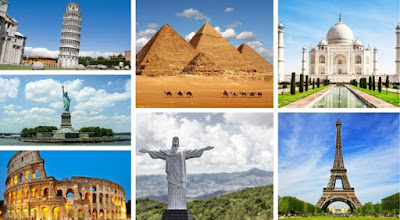 In last few decades most of the ancient wonders are destroyed but the existing ones still Remind us of the man’s power and wisdom.
There were first seven wonders to have been documented on human history they were, the great pyramid of Giza, Statue of Zeus at Olympia, temple of Artemis at Ephesus, Hanging gardens of Babylon, Mausoleum of Halicarnassus, Colossus of Rhodes and Lighthouse of Alexandria.
These extraordinary structures and there are absolute works of art. These is not only the classical Seven Wonders of the World but also an iconic architectural symbol also, these rank right amongst the most symbolic edifices of their times. This wonder changes with time.
The new Seven Wonders of the World were announced in 2007. They are Taj Mahal of India, Christ Redeemer of Brazil, the Great Wall of China, Roman Colosseum of Italy, Petra of Jordan, Pyramid at Chechen Itza of Mexico, and Machu Picchu of Peru.
Taj Mahal of India
Taj Mahal was widely considered as one of the most beautiful buildings ever created. Emperor Shah Jahan (1592–1666), who ruled from 1628 to 1658, built the Taj Mahal for one of his wives, Mumtaz. The marble structure in Agra, India, is a mausoleum, an enduring monument to the love of a husband for his favourite beloved wife. Construction of Taj Mahal began shortly after death of Mumtaz Begum Shah Jahan Wife. It's also an everlasting symbol to the artistic and scientific accomplishments of a wealthy empire. It took more than 1,000 elephants and 20,000 craftsmen from all over Asia to build Taj Mahal. Shah Jahan, took control of the Mughal Empire in 1628, after his father expired, very much in love with the queen he dubbed Mumtaz Mahal. She was the most beautiful lady of her time, the poets at Agra’s Mughal court said her beauty was such that the moon hid its face in shame before her. Taj Mahal is also known as Symbol for Love. The entire complex was not completed until 1653. In 2007, it was chosen as one of the New Seven Wonders of the World. 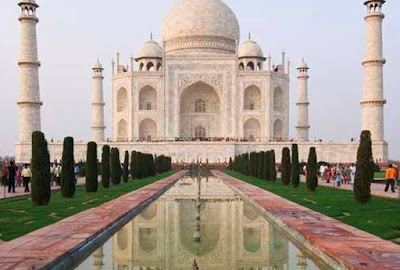 Christ Redeemer of Brazil
The Christ the Redeemer statue is one of the most important monuments in Brazil, The 98-foot-tall Art Deco statue soars on a mountaintop 2,320 feet, Christ the Redeemer is the largest art deco statue in the world it is situated at the top of Mount Corcovado in the Tijuca National Forest. The people Brazil believe that the statue protects them from evil and bless them and protect them.

The Great Wall of China
Great Wall of China, it is 10,000 feet in height, in ancient China, Great Wall of China is one of the largest building constructions projects ever undertaken. The Great Wall actually consists of numerous walls many of them parallel to each other built over northern China and southern Mongolia. The best-preserved version of the wall dated from the Ming dynasties (1368–1644) and runs for some 5,500 miles (8,850 km) east to west from Mount Hu near Dandong, south eastern Liaoning province, to Jiayu Pass west of Jiuquan, north western Gansu province. Although many sections of the wall are now been destroyed with time or have disappeared completely, it is still one of the more remarkable structures on Earth. The Great Wall of China was marked as UNESCO World Heritage site in 1987. 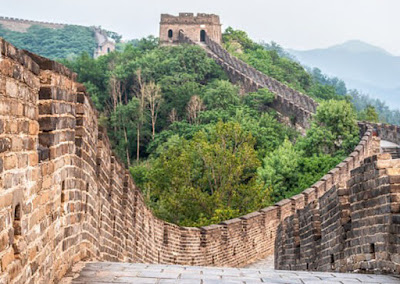 Roman Colosseum of Italy
The Colosseum which is situated on bank of Italy, it is known for the fights of the Gladiators combat until the struggles of the Western Roman Empire, it was a form of entertainments by the 6th century A.D. The arena had suffered several damages due to natural phenomena such as lightning and earthquakes. In the centuries to come, the Colosseum was abandoned completely, By the time of 20th century, weather, natural disasters, negligence and vandalism had destroyed nearly two-thirds of the original Colosseum, included all of the arena’s marble seats and its decorative structures. Restoration the great symbol and one of the heritage properties began in the 1990s, and have proceeded over several years, as the Colosseum continues to be a leading attraction for tourist’s worldwide. 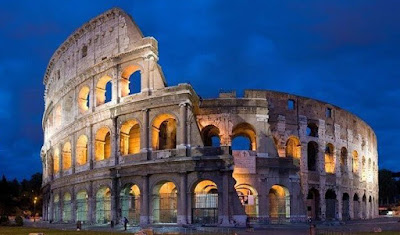 Petra of Jordan
Petra is a famous heritage site in Jordan's southwestern desert. Dating to around 300 B.C., it used to be the capital state of the Nabatean Kingdom. It also has a niock name called Rose City Perhaps its most famous structure is 45m in length Al Khazneh, a temple with an ornate, Greek-style facade, and known as The Treasury. Petra of jordan is located about 150 miles south of both Jerusalem and Amman, the capital of Jordan, and about midway between Damascus, Syria, and the Red Sea. The site is an significant by historians because of its beautiful architecture and innovative water management system, the latter of which made the region inhabitable, given that it is surrounded by desert and rugged, mountainous terrain. It was also claimed as an UNESCO World Heritage Site in 1985. 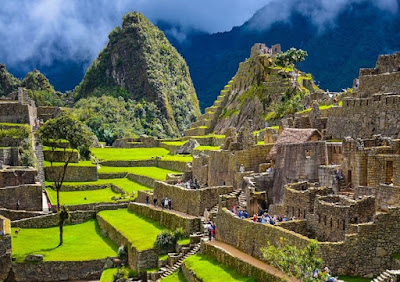