May 14, 2020
Every state of India has their own festivals according to their culture. Whether it be welcoming the new harvest or to seek for blessing from the god of rain. We celebrate it with the friends and family and worship together. Being a religiously secular country we worship everything. It might seem like we are really spiritual people but in general it's just like Thanksgiving in America. On Thanksgiving they celebrate the people and things they are thankful for and in our tradition, we convey our gratitude to nature and the supreme powers who have always looked upon us with their graceful blessing. 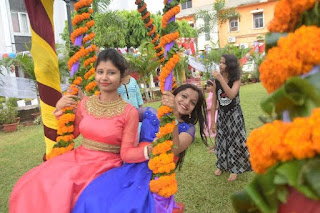 Similarly, In Odisha we celebrate a festival for the Goddess of earth. It might sound familiar to many cultures but what makes it special is that we celebrate the womanhood of the Goddess earth locally called as Bhasundra which we roughly translate from oriya means who hold the earth. In ancient odia mythology suggested that Raja are the two days mother Earth will go through her menstruation’s cycles. In hinduism it is believed that as we human work on the soil can cause pain to mother earth but she bears it with her love for their children's (Every living thing in the earth). And during menstruation women are very sensitive and fragile due to the pain and bleeding..So, to be the grateful children We are deciding to not hurt mother Earth for two days while she can complete her cycle without any further pain. Like farming or any occupation that queries to digging of soil involves are restricted for two days and even water is also fetched for two days in advance so We don't have to touch the water bodies either. So, the children of mother Earth turn these two days into a celebration to distract her from the pain and be thankful for everything she gave us in nature. It is also believed that mother Earth feels happy to see her children’s playing around in this celebration. It is also a way to keep mother Earth happy and keep blessing us with her grace.
We celebrate these days by preparing traditional food like different kinds of Pithas (rice cakes) and veggie meals to symbolise the food she gave us in nature. Usually the food is exchanged in the neighborhood with each other. In rural places the people of villages sit together under the trees to have meals. There are also special programs like folk music narrating the old stories and dance are organised by the elders for the kids. The boys and men play games like wrestling for entertainment purposes. Large scale fairs are organised where merchants bring in a lot of goods from different places. These are the few of the many things that happened. 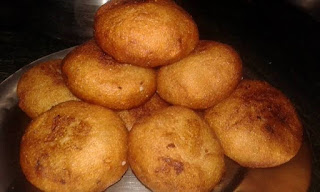 One another beautiful thing that has evolved other the years of celebrating it is that it as become a festival for the girls and women. During this festival swings are made and tied on the trees and the girls and unmarried women are encouraged to not have their feet’s touch the ground because an old myth says that if they touch the ground then they will start menstruating too (No. It's not an actual. Just a myth) and they won't be able to enjoy the day. It was a taboo in ancient odia culture that you get it too of you touch a menstruating woman (I know it doesn't make sense). It's a very old belief and with the fast pace of time only the good values of the celebrations are taken into consideration. Making it a day to celebrate womanhood. Special shoes made of banana leaves are made for girls to wear if they choose to walk. Girls dress up in news clothes and jewellery more like Princesses.
In general words we can say these days are filled with pampering the girls of the houses with love and support. Swinging and playing games with friends and eating delicious food is what constitutes the days. Together we celebrate the women and their womanhood. If we see this from a different perspective it seems like an empowering event for girls. Menstruations is a topic that is still a taboo in India and not many people like to talk about it. Where it is considered as an impure and makes women feel ashamed about it. Odisha culture has its way to accept it as a something to be proud and happy about. The celebration of it helps us openly embrace the biological process of nature given to the women's experience and take responsibility for the blessing of reproduction and let mankind be alive for ages to come.
- Durgesh Nandini Naik