May 13, 2020
You must have heard about the Grammy's and you definitely know about the Academy Awards but have you ever heard of the Webby Awards? Oh yes! the Webby's, it is an award given for excellence on the internet. The Webby Awards is presented annually by The International Academy of Digital Arts and Sciences. They are a judging body comprising over two thousand experts and technology innovators. Categories like websites, advertising and media, online film and video, mobile sites and apps as such are included in this award ceremony.
In each category two winners are selected, one by members of The International Academy of Digital Arts and Sciences, and the other one by the public who cast their votes during Webby People’s Voice voting. Each of the winner's presents a five-word acceptance speech which is a trademark of the annual awards show.
The Webby's is hailed as the "Internet’s highest honor," and is regarded as one of the oldest Internet-oriented awards. It is also associated with the phrase "The Oscars of the Internet". 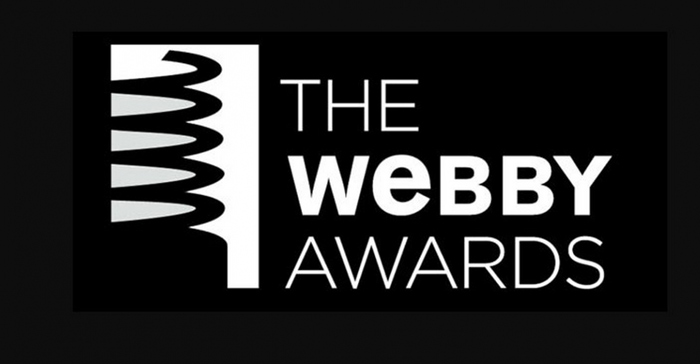 HISTORY
The Webby Awards first started in 1996 and was sponsored by the Academy of Web Design and Cool Site of the Day. Kay Dangaard produced the first Webby Awards at the Hollywood Roosevelt Hotel as a nod to the first site of the Academy of Motion Picture Arts and Sciences which in other words meant the Oscars. In the first year, they were called the "Webbie" Awards. The first "Site of the Year" winner was the pioneer webisodic serial called The Spot.
The Webby Awards we know today were founded by Tiffany Shlain when she was hired by The Web Magazine to re-establish them. The event was thenheld in San Francisco from 1996 to 2004. The Wehby's quickly became known for their "5-word Acceptance Speeches". After about a year the award ceremony became more successful than the magazine and IDG closed the publication. Shlain continued to run The Webby Awards with the help of Maya Draisin until 2004.
In 1998 Tiffany Shlain, Spencer Ante and Maya Draisin co-founded The International Academy of Digital Arts and Sciences. This organisation was established to select the winners of The Webby Awards. Some members of the Academy include Kevin Spacey, Grimes, Questlove, Internet inventor Vint Cerf, Instagram’s Head of Fashion Partnerships Eva Chen, comedian Jimmy Kimmel, Twitter Founder Biz Stone, Co-Founder and CEO of Vice Media Shane Smith is also a part of this. Tumblr’s David Karp, Crawford, Refinery29’s Executive Creative Director Piera Gelardi, and CEO and cofounder of Gimlet Media Alex Blumberg and many more.
The Webby Media Group of Recognition Media, which also owns and produces the Lovie Awards in Europe owns and operates the Webby Awards division.  The Lovie awards is also Netted by the Webbys, a daily email publication that was launched in 2009. David-Michel Davies the Chief Executive Officer of Webby Media Group, current Executive Director of the Webby Awards and co-founder of Internet Week New York, was named Executive Director of the Webby Awards in 2005.
The 13th Annual Webby Awards which was held in 2009 received nearly 10,000 entries from 50 states across the United States and over 60 countries. More than 500,000 votes were cast in The Webby People's Voice Awards that same year. The 16th Annual Webby awards in 2012 received around 1.5 million votes from more than 200 countries for the People's Voice awards.
CEREMONY
The Webby Awards has been presented in New York City since 2005. World famous comedian Rob Corddry hosted the ceremony from 2005 to 2007. Seth Meyers of Saturday Night Live hosted in 2008 and 2009, B.J. Novak of NBC's The Office in 2010, and Lisa Kudrow of FRIENDS hosted it in 2011. Comedian, actor, and writer Patton Oswalt hosted the awards from 2012 to 2014. Comedian Hannibal Buress hosted in 2015.
The most notable feature of the Webbys are that they limit recipients to five-word speeches, which are usually humorous, although some exceed the limit which isn't really an issue. In 2005 when accepting his Lifetime Achievement Award, former Vice President Al Gore's speech was "Please don't recount this vote." Vint Cerf also used the same format and stated, "We all invented the Internet. In 2008, famous talk show host Stephen Colbert shouted “Me. Me. Me. Me. Me” when accepting his Webby award for Webby Person of the Year.
Few other famous speeches include "Can anyone fix my computer?" by the Beastie Boys, “Everything you think is true” by late musician Prince, "Thank God Conan got promoted" by Jimmy fallon and "Holocaust. Did it happen? Yes." by none other than Sarah Silverman.
Steve Whilhite the creator of the Graphics Interchange Format or what we all know as, GIF in 2013, also received his Webby and delivered his now famous five-word speech, "It’s pronounced 'Jif' not 'Gif'."
-Namira Khan
Namira Khan is a student of journalism and mass communication in Amity University, Kolkata and is an avid reader and writer with a passion for art and photography.