May 02, 2020
Although staying at home for a long time can be really mentally straining and exhausting at times, it is extremely necessary to take time and realize all that you can accomplish in your free time. You can finally catch up on all the shows, series and movies that you have been putting off due to lack of time in your busy schedule.
Well now is the perfect time to sit back, relax and enjoy all that the internet has to offer, like K- Drama. For all the K- drama fans, this quarantine we bring you the perfect list of series that you can enjoy from the comfort of your bed.
Here is the list of top 10 timeless k-drama series that you need to add to your watch list if you have not already:
1. Legend of the blue sea:  this drama stars the actress Jun Ji-Hyun and the actor Lee Min- Ho. The drama runs for 20 episodes with 1 special episode. The story itself draws its inspiration from a historical Korean classic Joseon Legend. It’s a fantasy drama that is heavily romantic with a touch of comedy as well. The drama unravels the story of the two protagonists that travel through space and time to meet again after a series of unfortunate events to find love and peace together again. It is arguably one of the best shows that both of the actors have worked on.
2. My ID is Gangnam Beauty:   Gangnam Beauty starring Im Soo-hyang and Cha Eun- Woo garnered a lot of attention because of its storyline. The drama is about a girl who undergoes plastic surgery to feel pretty as she is subjected to bullying her entire life for ‘being ugly’. One of the reasons the drama was so popular because it depicted the superficial standard of beauty that existed in the society and the relentless pressure that people felt because of the fear of being discriminated on the basis of physical challenges.
3. Goblin:  Also known as Guardian: The Lonely and Great God, the drama stars Gong Yoo and Kim Go-eun. It is a fantasy drama that revols around a person who dies and becomes the ‘goblin’ or a guardian angel and lives for an eternity till he finds his bride or the love of life that would rid him of this cycle of eternity that he was stuck in. after years and years of wandering he finds the person he is destined to be with and the drama unfolds several twists and turns that will leave you begging for more by the time the drama comes to an end.
4. Strong woman Do Bong Soon:  starring Park Hyung-sik and Park Bo-young, this drama will pull on your heart strings and make you swoon. As the title suggests the story revolves around a young woman who is born with super human strength and her journey as she trudges along one day at a time hiding the fact about her strength from the rest of the world, until she meets a guy who comes to know about her best kept secret. Will this encounter take a turn for the worse or is it something she had been missing all her life? Tune in to the show and experience one of the biggest commercially successful dramas of all time.
5. Weight lifting fairy:    this television series is a coming of age sports drama that revolves around two protagonists played by Lee Sung-kyung and Nam Joo-hyuk.  Although this drama series did much better overseas then it did at the time of its run on television, it is a cult favourite. Something about the drama just resonates with you, and you will fall in love with the drama. What makes it even better is the obvious chemistry that the two actors have in the drama that make it hard to believe that it is not real life and in fact a television series.
6. The beauty inside:  the drama stars Seo Hyun-jin and Lee Min Ki. The story is probably one of the best when it comes to Korean dramas, and easily makes it to becoming one of the top performers in the game. The drama revolves around an actress and an airline director both of who have personal problems in their lives which restrict them from living a normal life. The actress suffers from an unusual phenomenon where she turns into someone different, for a week every month. While the guy has acute brain damage due to an accident in the past due to which he suffers from a condition known as prosopagnosia. An impairment which is also known as face blindness in which one cannot recognize faces including, their own. 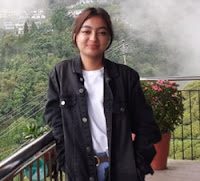