Things You Should Know About Grief

May 19, 2020
Grief is a heavy word for someone who has been through it. Usually grief is defined as the intense sorrow that is followed by someone's death.The pain of not seeing the person who meant something to you at a point of time in your life.
This is a topic that is not usually discussed because we are afraid to acknowledge it. As a third person , People don't want to talk about it because they think it might bring immense pain to the person who is directly affected by the loss or the person who is affecting them in the first place Don't want to talk about it because they think that remembering the gone will only make them feel weak and helpless. To some point it's true because the wounds of the loss are still fresh and no matter how long it has been but the loss of someone leaves deep scars on somebody. It might not be as painful as it was when it was fresh but the scars will always remind them of the hard time they went through.
I would like to share my part on this so the people who are grieving can feel connected and not alone. I lost my older sibling exactly a month ago. Her death was unexpected and too sudden for my family. I can recall her being sick earlier this year but nothing that would warn us for the storm that was coming for us. Later in march her health got serious out nowhere and she was admitted to hospital and after struggling for 10 days in hospital. She finally lost her battle. Since, we saw her struggling with her health for almost a month. We didn't want to be shellfish for her to stay when she wanted to go. With a heavy father my father signed the papers to take her off the ventilator and let her go. She peacefully passed Away.
This was the first time I had to face the loss of someone who was close to me. I never thought of death in any manner but now that it happened with me. I got to learn many things that life wouldn't be able to teach me and one of the most important things was grief.
Whenever I would see people around me who had lost people, they were close to like their parents, grandparents and siblings or friends and relatives. I used to wonder how they would move on from the death of their people. How would they smile through that hard time? Or how they would not lose their mind in those times.
I still remember a girl in my Batch in college who lost both her parents in less than two months span but she would show up to college and with the brightest smile on her face. Everyone thought she had lost it completely and some called her brave to stand strong in such a situation. Back then I didn't understand what was happening with her or what she was doing but now that I am in her shoes. I understand her more. 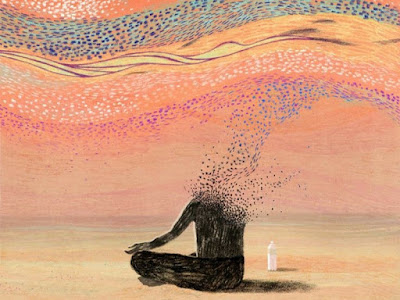 There are different stages of grief
1.    Shock and denial
When the death of the person is sudden or even if predicted. It's just really hard to accept the fact that the person is gone. We refuse to believe that the person we see every day will not be seen anymore.
2.    Pain and guilt.
This stage is the most obvious stage where we blame ourselves for not being able to save the person we loved so much. We think and overthink all the possible things we could have done for the person but knowing it's too late brings the pain.
3.    Anger
In this stage we are angry at ourselves for not being able to save the person even though we know we couldn't have done anything better and angry at other people we think that could have done something to save the person but we fail to acknowledge that they were as helpless as we are. In some cases, the other person can also be the reason for the person's death which brings out the natural anger for the other person. This is the stage we let anger take over ourselves.
4.    Depression
This is the state where we have acknowledged the death but still refuse to accept it. It is the stage where the person grieving is unable to function normally or move on from what happened. This stage is so serious that it is filled with intense sorrow and sadness.
5.    Upwards turn.
After draining out the negative emotions we finally try to calm ourselves. Human beings tend to move on and they can't have a stagnant life.
6.    Reconstruction
As we become calmer and more stable with our mind. We start functioning normally once again and we are ready to get back to our Normal working schedule.
7.    Acceptance
The final stage where we have finally accepted the person's death and accepted that we can't alter the fact that they are gone. We move one with their memories in my mind and get back to our lives.

The grieving stages might take a different time span for individuals. Some people might overcome death within a few days or it might even take years to complete the stages. It depends on the person's mental strength but it is important that the person should go through these stages of grieving. Doesn't matter how long but overcoming these stages is the only way out of it. We might try to be strong and not show our weaknesses to the outside world but it's ok to be not ok. You need to understand what you feel and deal with it on your own.
Another thing I realized is that we don't grieve the death but the emptiness that is left behind. We feel hollow inside and out. The pain of not having them by side or not being able to each out is what brings the pain. Thus, we must greif to fill up the hollow to the point it can be bearable. Of Course, We can't erase them from our memories but it becomes easier to live the only memories when we learn grief. 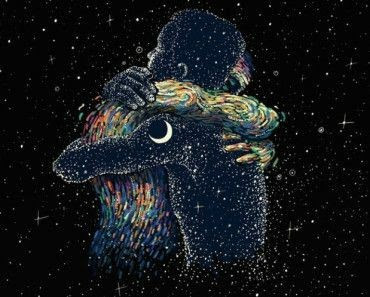 Few things you should keep in your mind when you grieving
THEY ARE ALWAYS THERE WITH YOU.
My mom told me that even though they are not there physically but spiritually they are always with you no matter where you go. Don't be afraid that you will forget them if they are not there. They will always live in your memories.
IT WON'T LAST FOREVER
Like spring comes in after winter, nothing lasts forever. This time shall pass too. Our universe is all out moving on. Nothing lasts forever.
DON'T BLAME YOURSELF
There is nothing better you could have done that could have saved the person. It's not your fault. So, don't blame yourself for the loss. Things were done to save the person but if they couldn't have then it's better to let go.
YOU ARE OK BUT YOUR FEELING TOO.
It's ok if you want to cry and it's ok if you don't want to. Every person has their own way of grieving. Greif the way you feel comfortable, not what people think is ethical.

You are fine or you will be fine.
People will come and go as the time
Treasure the good memories of your loved one.
They are still there with you and will be for
Rest of your Life.