May 14, 2020
Terrorism is an act, which aims to make fear among ordinary people by illegal means. It is a threat to humanity. It may include any one person or group spreading hate, violence, burglaries, rapes, kidnappings, fighting, bombings, etc. Terrorism is nothing but an act of cowardice. Also, terrorism has nothing to do with religion.

There are two kinds of terrorism, the first one is political terrorism which creates panic on a gigantic scale and the other one is criminal terrorism which refers to the day to day hate crime and kidnapping we read on the paper. Political terrorism is way more dangerous than criminal terrorism because it is performed by well-trained personnel which makes it difficult for law enforcing agencies to arrest them in time.
Terrorism spread at the national level also as at international level. Regional tererorism is the most violent among all. Because the terrorists think that dying as a terrorist is sacred and holy, and thus they're willing to try to to anything. Most of these terrorist organisations are formed with different purposes in mind. 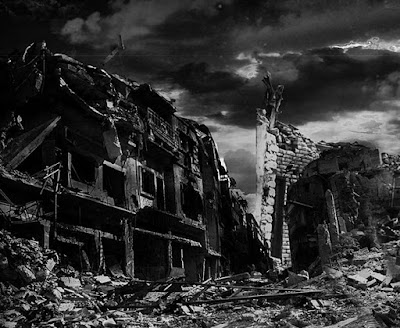 CAUSES:
Some of the main causes of terrorism are due to the development  or production of huge quantities of machine guns, atomic bombs, hydrogen bombs, nuclear weapons, missiles,
rapid population growth etc.  Political and, Social and Economic  problems also play a main role. Dissatisfaction of people with the government, lack of education, corruption, racism, economic inequality, linguistic differences, all these are the major reasons why terrorism is flourishing. Terrorism is used as a weapon to prove and justify people's point of view. The Hindu and Muslim riots are the most famous acts of terrorism in the country.

The Effects Of Terrorism
Terrorism spreads fear in people, people feel insecure and are in constant fear because of terrorism. Terrorist attacks result in the loss of millions of goods, it also results in the loss of  lives of thousands of innocent men, women and children, animals are also killed. Disbelief in humanity raises after seeing a terrorist activity, this gives birth to another terrorist. There exist various types of terrorism in different parts of the world.

Today, terrorism is not only a problem in India, but in other neighbouring countries as well like Pakistan, Afghanistan and so on. Governments across the world  make a lot of effort to deal with the causality of the act. Attack on world trade center on September 11, 2001, is considered to be one of the deadliest terrorist attacks in the world. Two planes crashed into the World Trade Centre and thousands of lives were lost. This was a very violent act of terrorism on America's then tallest building. This act shook the world to its roots, causing millions of casualties and death of thousands of people.

Terrorist Attacks in India:
India has witnessed several terrorist attacks  which has created resulted in fear among the public and has also and caused huge losses of life. Here are some of the major terrorist attacks that took place in India in the last few years: The 1993 Bombay Blasts which was caused by Dawood Ibrahim. The RSS Bombing in Chennai in the year 2000.  Chennai Train Bombing, Assam Violence, the Church Street Bomb Blast which took place in Bangalore in 2015,  the Jammu Attack,  the Gurdaspur Attack, Pathankot Attack of 2016,  Uri Attack which we all know because of the the movie, these are a few known acts of terrorism that have broken the spirit of the countrymen multiple times but each time they get back up and rise like a phoenix.
Some of the agencies fighting Terrorism in India include the police, intelligence and military organizations in India have also formed special agencies to fight terrorism in the country. Agencies have formed organisations to curb terrorism in India like the Anti-Terrorism Squad (ATS), Research and Analysis Wing (RAW) and National Investigation Agency (NIA).
Terrorism is a global threat which needs to be cut out in its roots to prevent further growth. It cannot be controlled by the law enforcing agencies alone. The people of the world will also have to unite in order to face this growing threat of terrorism.
-Namira Khan