May 08, 2020
The date 8th May, 1961 was indeed the most remarkable day in the history. When I say history, I not only mean the history of India, but it was truly a remarkable day in the history of the world.The youngest among his thirteen brothers, Rabindranath Tagore was born to Debendranath Tagore and Sagata Devi the Jorasako Manson in Calcutta.
Having his mother die at a very young age and his father travelling mostly, he was raised by his maids and servants. Tagore’s father, at that time had invited a special group of Dhrupad singers to give professional classical music training to Satyendranath. 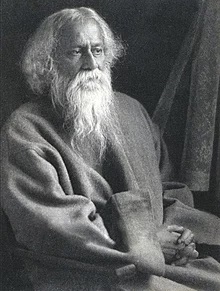 From the very childhood, Tagore avoided classroom nd school and mostly preferred roaming and wandering about Bolpur where his family often visited. He started taking classes from home by his brother Hemendranath, who taught him drawing, anatomy, history, geography, literature, sanskrit and English, which to be mentioned was Tagore’s least favourite subject.
As because his father wanted him to be a barrister, he studied law at the University College London, but he again lefty school and opted for  independent study of Shakespeare’s plays Coriolanus and Antony and Cleopatra and the Religio Medici of Thomas Browne. After returning to Calcutta, without a degree, he started publishing poems, stories and novels.
In 1901, Tagore moved to Shantiniketan to find his reknowned ashram with a marvel floored prayer hall which was called the Mandir, an experimental school, groves of trees, gardens and a library. There his wife and two of his children died. His father too died in 1905.
He had readers of both Bengali and English origin. He published Nivedya and Kheya and translated poems into free verse.
In November 1913, he was given the Nobel Prize in Literature for Gitanjali: Song Offerings. He was also awarded kinghthood by King Geroge V in 1915, but Tagore refused it after the 1919 jllianwala Bagh Massacre.
Tagore rebuked him for his seemingly discomfiting implications. He mourned the recurrent poverty of Calcutta and the socioe-conomic decline of Bengal, and detailed these newly plebeian aesthetics in an unrhymed hundred-line poem whose technique of sweltering double-vision foreshadowed Satyajit Ray’s film Apur Sansar.
Not only that, but also his most amazing prose-poems included Punashcha, Sesh Saptak, Patraput. His experimentations continued and he also wrote dance-dramas like Chitra, Shyama,Chandalika and also to mention his novels like Dui Bon, Malanchya and Char Adhyay.
Tagore was also an amazing lyricist and a composer who has written and composed songs for every occasion. He has songs for every season. His songs of love, sadness, celebrations, devotions are till date the best someone can ever get.
On 7th August, 1941, at the age of eighty, he took his last breath, at the Jorasako Mansion where he was born and raised. That day, even now remains as one of the most mournful days in history.
Rabindranath Tagore is a name that is celebrated worldwide. His works are the remainings of what a wonderful person he was and how much he was blessed with talent. For every Bengali, 8th May is the day of celebration and utmost joy and pride, because in this day Bengalis got the greatest treasure of all times. 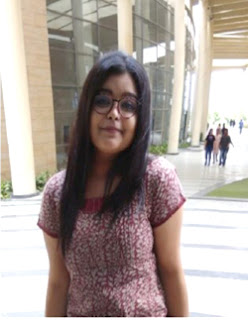