May 16, 2020
Streaming platforms has changed the way motion pictures were made and consumed. Streaming platforms has provided the op[opportunity to filmmakers to express their work of art with a level creative freedom that was never possible before, with streaming platform many shackles and chains that bounded film makers into cratering to demand and agendas of particular production house and agencies has been broken and with it in the last few years we have seen some phenomenal cinematographic story telling across various streaming platform and one such platform is Netflix and as of April 2020 Netflix has 182 million paid subscribers worldwide and operating in more than 190 countries, which makes Netflix one of the largest and the most successful streaming platform and Since 2012, Netflix has been acting as a producer and distributor for both film and television series and to that end, it offers a variety of "Netflix Original" content through its online library. 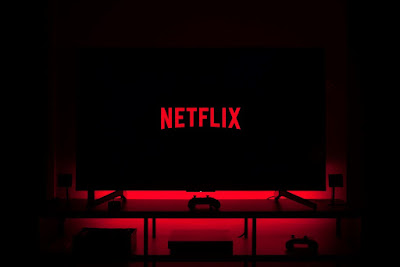 With the help huge collection of user data and creative freedom   that was available to streaming platforms filmmakers were able to tell some very complex stories which they were unable to tell before.
Even though a wide range of high quality content is available on Netflix but Here I have picked some Netflix originals series which are produced and distributed by Netflix which you can say my personal favourite but if you are new to Netflix watching these shows will give you the idea how Netflix is going to change film making so here are 5 Netflix originals that you must watch:
1.    Dark: a German masterpiece, dark is unlike anything I have ever seen before, it’s the 1st German production on Netflix. The story is set in a German town, it involves time travels and paradoxes, it also shows the double lives and fractured relationship between four families. All the characters of the series are extremely emotionally grounded which enables us to connect with them on a emotional level. Dark is a science fiction at its very best so anyone who loves the genre cant miss Dark. 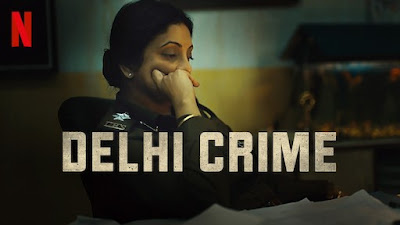 2.    Delhi crime: Delhi crime is based on 2012 Delhi gang rape and it tell the story of the police investigation after the unfortunate incident. The series was inspired by real case files , it was able to portray, hoe heinous and gritty the crime was, but was also able to establish the stand point and perspective of the police who were instigating it
3.    Mind hunter: directed by David Fincher Mindhunter tells the story of two FBI officials who set up a special branch and interview serial killer and try to understand their thinking pattern, well-constructed scenes blended with trance like music and exceptional performance by the actors make Mind hunters a must watch
4.    Black Mirror: a science fiction anthology set in a dystopian future, every episode has a unique storyline which is superbly crafted the show brilliantly the dark side of technology and humanity and the storyline is so relatable that it manages to make you a bit uncomfortable as well keep on think about after each episode. Black mirror is undoubtably one of the best content on Netflix.
5.    Narcos : it tells the story of cocaine trade in Colombia and how the trade, it shows the real life stories of most infamous drug lords like Pablo Escobar and the cartels in the most raw gritty way possible. Its definitely is one of the best gangster drama series ever made