Most Haunted Places Of The World

May 30, 2020
Chateau de Bris sac, Mainer Loire, France
The ‘Giant of the Loire Valley’  is the highest castle in France boasting seven floors, 204 rooms, numerous portrait galleries, and a private opera house which seats about 200 people. It was a fort built by the Counts of Anjou in late 11th Century and King Louis XIII established by in 1621. The most active is La Dame Vertex, The Green Lady, who was apparently the illegitimate child of King Charles the VII and was later murdered by her husband in the château in the 15th century after he caught her having an affair.  She has often seen in the tower rooms of the chapel, wearing her old green long dress, with gaping holes where her eyes and nose. When not startling guests by her appearance she can be heard everywhere murmuring around the castle. The château is one of the popular hotel that hosts special events such as a Christmas and tastings of the well-regarded wines, produced from its own vineyards. 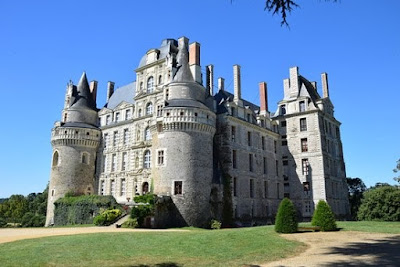 Taj Mahal Palace, Mumbai, India
Arguably the grandest hotel in Mumbai, if not India, the 560-room Taj Mahal Palace has been the place to wine, dine and sleep since the days of the Raj. It has put the tragedy of the 2008 terrorist attacks behind it, to take centre stage in the city again. One of the hotel’s architects, W. A. Chambers, threw himself from the fifth floor balcony. Apparently, he was distressed when he returned from a trip abroad to discover that the hotel's design had gone in a completely different direction in his absence. In a tragic twist of fate, his ghost is said to wander the halls and the Old Wing of the hotel. Still one of India’s most glamorous hotels, rooms start from £200.

Carl Beck House, Ontario, Canada
This large, picturesque county house was built by Canadian lumber magnate, Carl Beck. After his wife died, his eldest daughter Mary took over as head of the household. Despite raising her younger siblings, she was left only a single dollar in her father’s will. The rest of the estate was divided amongst the siblings that she’d given up her life to care for. Guests staying at Carl Beck House have reported seeing a suited-up man being chased by a very angry woman wearing a dark-coloured blouse and skirt. No prizes for guessing who they are.You can spend the night Carl Beck House on Airbnb, with prices starting from $98 a night. If you're unafraid of a thrill, that is. The house frequently lands on lists of the most haunted Airbnb properties you can stay in.

Chione Church, Beijing, China
Chione 81, commonly known as Chione Church, was first built in 1910, not as a church but as the North China Union Language School to teach Mandarin Chinese to missionaries from the West. From the 1930s, the Chaoyang men neighbourhood of Beijing's most imposing house served as a Catholic church, until the communist government took control of the building in the 1950s. Truth be told, there's still a bit of dispute as to the building's true origins. One grisly tale about Chione Church's origins suggests it was the home for a Chinese National Party official in 1949. That story didn't end so well. So, depending on your luck, you’ll either come across the government official's mistress, who killed herself there after their break up, or a group of three drunken construction workers who broke into the building and were never seen again. Eerily, the temperature of the house is said to be much colder than the rest of Beijing, even during the summer.The house is still abandoned, though. It's considered the most haunted place in Beijing, and is left undisturbed by the city's wider population, wary of the ghostly householders.

Aokigahara Forest
Aokigahara Forest also known as Jokai, the “sea of trees” – is a deep, mysterious forest that sits at the base of Mt. Fuji, looming powerfully overhead. It is as lovely as it is haunting, and one step into the forest makes one feel as if the very land itself is harbouring a deep, dark secret. The Forest, has an vast wooded landscape and its full of  natural beauty, which has an gravely come to be known as “the suicide forest,” a morbid yet fitting nickname given the history and tragedies that are known to go on between the trees. It sprung up from the lava left behind in the aftermath of what was the most powerful eruption of Mt. Fuji in over 3500 years, called the Johan Eruption. Thought to have occurred as a sort of divine punishment for Shinto Priests who had angered the gods by neglecting their duties, this critical event humbled the people of the entire country at the time, leading to them to worship the mountain as a god. The volcano of Mount Fuji does, in fact, have its own deity, Asama no Okapi. The Kawaguchi Asama Shrine on Mount Fuji, dedicated to this deity, is also now designated as one of Fuji’s UNESCO World Heritage sites. It is easy to see why such a place would be embodied with such power.
-By Pallabi Ghosh