May 03, 2020
It is something we don't talk much about and most of us don't even acknowledge it. Why? 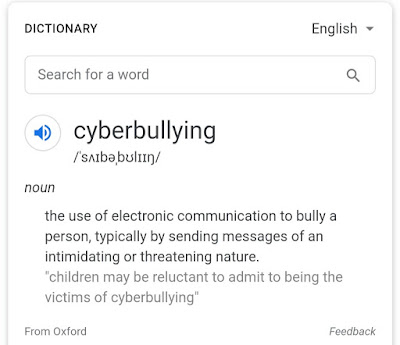 "You know what! We should post on internet about how much of A b***** she is "
" #____isab*****"
"This will teach her a lesson"
"Totally"
"You look so fat".
" You should kill yourself"
" You are too skinny. Don't parents feed you "
These are the types of conversations and statements that will come across in interest. They are just words on the internet right. Like all other words. Harmless right?

"It's just a joke. You need to calm down"
" I was just having fun"
"Is it wrong to have fun "
No. It is one of the most common types of bullying. Cyber bullying.  We don't realize it but We all are culprit or victim of it at Some point in our life. We might not have ever acknowledged it's existence or misinterpreting them into harmless jokes but it causes the most damage to the person on the receiving side. From societal pressure to developing insecurities of self to depression. One after another follows till the person reaches to the level where death seems sweeter than life. To be honest there is no prevention to it other than to stop this problem from the root. 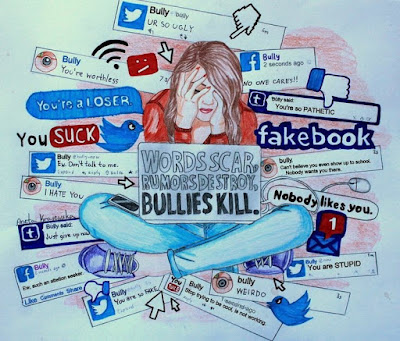 "Cyberbullying or cyberharassment is a form of bullying or harassment using electronic means.It has become increasingly common as the digital sphere has expanded and technology has advanced. Cyberbullying is when someone bullies or harasses others on the internet and in other digital spaces, particularly on social media sites. Harmful bullying behavior can include posting rumors, threats, sexual remarks, a victims' personal information, or pejorative labels (i.e. hate speech). Bullying or harassment can be identified by repeated behavior and an intent to harm.

[ Sources: Wikipedia]
According to an online survey it is found out that almost 52% of the on-line users have been victims of cyberbullying and it includes both known people to the victim to complete strangers. Even though it's difficult to understand why people bully in general is but the most common answer to it is that the victims don't fit into the culprit's stereotypical set of thinking or something related to the victim that triggers their own insecurities. i.e. there was a case of cyber bullying on this person who had a YouTube channel where she used to post her singing videos. There was this one certain person that would comment that she sounds awful in almost all of her videos and spread more hate for her. Then one day when she found out that person was known to her and she tried to confront the bully. He quoted " I don't like girls with high pitched voices". It might seem funny to think about how a person is spreading hate for this other person solely on the basis of her voice with no personal affairs shows that there is no actual reason for a bully to act a certain way. This also indicates that some people who like to bully just do it because they find pleasure in it.
The bully behaviour can also be developed in a person from imitating the parent's similar behaviour. Or just for not being taught to accept the odds in every individual. It is obvious that every individual will be different from one another and what is common to me might not be common to some else but that doesn't give us the opportunity to create problems for the person who doesn't share the mural thoughts and traits.
The ordinary people have been victims of cyberbullying but the celebrities aren't even safe from it. Celebrities too often become victims of it. The immense pressure of being on television might lead them into committing some on television which might be funny to the audience but some people take these funny incidents into serious matters. They start making personal statements questioning the intellectual ability or calling names for committing the avoidable mistakes. Speeding comments like " what a dumb person”, " how is he alive”, " if I was you, I would be dead because of the embarrassment". These kinds of comments can bring down anybody's self-esteem and celebrities are human too.
For a bully, the internet is the safest way for them to hide their identity and still do their work. Since the technology has advanced to this date, social media allows these bullies to create fake identities. Moreover, these bullies feel more secure to bully strangers on the internet who are from different places. So, they cannot be caught or confronted in person. The most that can be done to stop them is to get their accounts suspended but that won't stop them because they can always make a new account to restart the cycle. And some bullies don't even realize that they are bullying.
Cyber bullying is still prevailing in our society today and no time soon will be going Away. Unless we start the change today. Cyber bullying's consequences are worse than anybody's night. It's like a slow poison. It will kill the person every day until one day the person can't take it anymore. The victims of cyberbullying are mostly likely to develop low self-esteem and insecurities about one self that will trigger their anxiety and other psychological disorders like depression, social anxiety, eating disorders or in worse case suicidal tendencies. When a person gets repeatedly negative comments about them. They start to believe it even if those are not true. And this will not only make them mentally weak but physically as well. They won't be able to function everyday activities without having the fear of committing mistakes and being made fun of it for or just being judged.
The only way to get this stop to fight with it from the root. Teaching young children that bullying or hating on people is wrong and unethical. Educating them on bullying and making them understand what it is important. And as Adults we understand the consequence of it. We understand what damage it can cause to a person. So, we should learn to be within our limits and know what we type or say on the internet. Us modeling into a better person will help the younger generation to learn and differentiate the good and the bad. 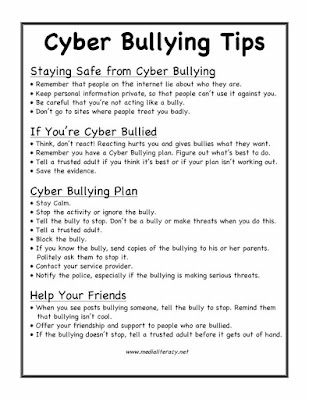 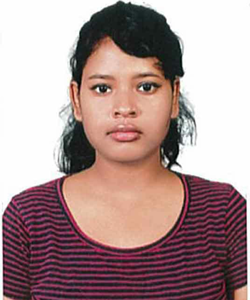