May 25, 2020
What “scripted” actually means? According to Cambridge Dictionary Scripted refers to a speech or broadcast that  has been written, before it is read or performed.
Coming to, if the famous Indian reality show BIG BOSS is really scripted or not, to some participants of the show it's impossible. 24 hours the cameras are on and it's scary because they know they are going to be watched, judged etc all the time. Usually actors are very conscious about their stomach and all so during events, people tuck their tummy in but in the house where people are watching them constantly it’s not possible.  They cannot act inside the house at all and nobody can give them a script. 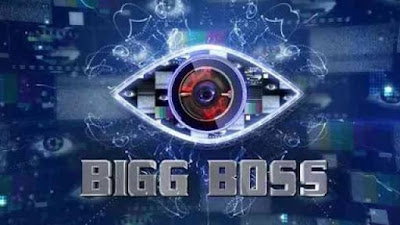 However, most of Bigg Boss ex-contestants say while the show is not scripted, it is so slickly edited that it is hard to tell apart fact from fiction. TV actor Shweta Tiwari and Bigg Boss 4 winner told Hindustan Times in an interview, “I don’t watch Big Boss that often. To be very honest, Bigg Boss is very entertaining and people keep talking about what has happened, but when I watch the show, I don’t know what to believe because I know a lot of it is edited. Many times, long conversations are only shown as two lines in the show, which then leads to misunderstandings.” Bigg Boss 11 runner-up Hina Khan had also called the show “well edited” after she emerged from the house. “Bigg Boss is not at all a scripted show, but a very well-edited show. It’s a brilliantly edited show. You see something, you react so whosoever said whatever... I don’t blame anyone...” she had said about her reputation as the villain of Bigg Boss 11 house. But on the other hand, Bigg Boss 11 winner, Shilpa Shinde says Bigg Boss 13 is completely scripted, and blames makers for making the most of contestants for TRP.  She additionally identified how the makers are making a mockery of contestant’s private life and mentioned that the makers are making Salman Khan do that without giving him the best data. She also mentioned that the makers are enjoying with contestant’s private life and picture for the sake of their TRP. Speaking in regards to the makers breaking the rule created by themselves, Shilpa mentioned that they’ve locked contestants inside the home and determined to increase the season. On a concluding note, the show's format has changed over the years and it is no longer spontaneous. Everybody inside the Bigg Boss house nowadays knows what to say and when to fight so that it will appear on television, and even the tiniest of things becomes a news from inside of the house, even if it’s not true yet. And according to me, I don't think, channels take risks of rigging or scripting an entire show. May be a part of the show can be rigged, while when they want to maintain a certain contestant due to popularity or public demand. But why bother so much about whether BigBoss is scripted or real, it has all the ingredients of an entertainment show. And frankly speaking, people who watch shows like BigBoss do not expect a lot of intellectual satisfaction out of it.
But, at the end of the day for me, yes, it is scripted. Not completely but partially.
- PURBALI MANDAL
Bachelors in Journalism and Mass Communication,
Amity University Kolkata.