May 15, 2020
The title name says it all I guess, discarding the need to take the whole name of the birthday queen. She is the dancing diva of Bollywood, managing to win everyone’s heart with her unbeatable expressions, mesmerizing smile, amazing dance skills and always looking as gorgeous as ever though turning a year older every year on this day. 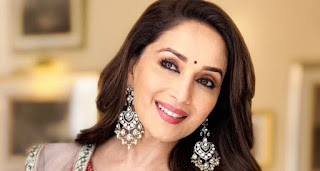 Even after living in the US for nine years, all away from Bollywood and her fans, she didn’t lose her fan base, so lasting is her impact on the collective public conscience. She was only nine years old when she received her scholarship as a dancer, she is a trained kathak dancer. Also, probably she is one such talented and confident personality, that she went without makeup to the sets of Prahaar (1991) and for the whole movie; even when she struggled a lot with skin problems all through her career but boom!, that problem never really could stop her from achieving the incredible success.
Madhuri Dixit has appeared in over 70 Bollywood films in a career spanning more than three decades and received six Filmfare Awards. Not only that, she was one of the highest-paid actresses in the 1990s and early 2000s, [and has been placed seven times on Forbes India's Celebrity 100 list. In 2008, the Government of India awarded her with Padma Shri which is the fourth highest civilian honour of the country.  Apart from acting, she has worked with UNICEF since 2014 to advocate the rights of children and prevent child labour and is a prominent celebrity endorser for brands and products. She also participates in concert tours and stage shows, features frequently as a talent judge for dance reality shows, and is the co-founder of the production company RnM Moving Pictures. 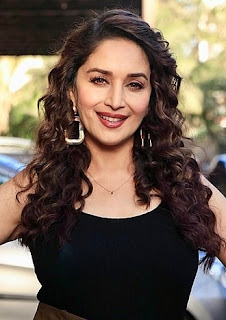 Want to know some amazing facts about her? Here.
She has a star named after her in the Orion constellation. A group of her fans were instrumental in making this happen. A certificate, which was issued after naming the star after her from the Star Foundation Network (reportedly a charitable organisation which gives people an opportunity to buy a star in the sky and gift it to anyone they want) , reads: “A celestial body in the sky above has been named in honour of Madhuri Dixit-Nene and is officially located in the constellation Orion.”
As per reports, Nene was paid Rs 2.7 crore for Hum Aapke Hain Koun, which was more than what her co-actor, Salman Khan was paid.  Also, according to a radiomirchi.com report, due to her over-the –borders popularity, during the kargil war, Pakistan taunted “We will leave Kashmir if Indians give them Madhuri Dixit.” As a reply to it, the Indian army shot back and said “From Madhuri, With Love!!”
And not only a star, Madhuri Dixit also has a lake in Arunachal Pradesh named after her, which was basically renamed after her film “Koyla” was shoot there. 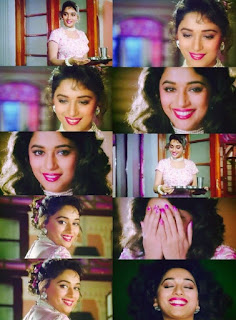 She is the perfect example of timeless beauty and is no doubt Bollywood’s best dancer; turns 53 today yet you can’t figure it out from her face.
Happy Birthday Dancing Queen once again!!