May 13, 2020
India being the land of different cultures has let us celebrate different forms of art, dance, music and literature. Most people get attracted to dance and music because they don't have any language Barrier and easily be understood with universal body language. When we talk about classical dances from different states. It is usually the same narration of stories of God and Goddess but present in different ways. Dance like Kathak and Bharatnatyam both tell the stories of lord shiva but the attire and the way of dancing are far different from each other's. 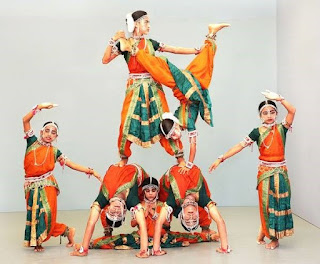 In the same manner in Odisha We have odissi about classical dance. It is practiced by both men and women. Odissi initially started as a performing art in the temples of odisha and by women. Who were known as the Devdasi. These girls and women were married off to the deity of the temple and they became God's wife. They perform dance and music, worship the deities and do household work of the temple. They were given all the privileges by the royals for their services to God. They were also held an important position in the society back then but due to some mysterious reason the practice of Devdasi came to decline and they were replaced by the Gotipua.
In ancient times in Odisha boys who dress up as girls performing dance in the temple are known as Gotipua. Other than dance, worship, study in the Temple and they also performed the household duties of the Temple. They are given the same privileges and position as the Devdasi. Now the Gotipua live Gurukuls which are the house of their masters(teachers). They learn odissi dance and music and study as well but are demanding to present society. They also do other work outside being the dancers for the God and lead normal life as anybody else. They mainly perform in front of lord Jagannath during the month of June and July when a ritual event takes place in puri. In this event Lord Jagannath accompanied by their brother Bhalabhadra and Subhadra' idols are placed in the boat in their private pond. The Goti Puas perform their dance on the bank of the pond.
Other than that, the main events that need the display of our dance and music culture. Goti Pua performed at those events. But the question arises that in the society of Hinduism back then had degraded the work of women. Then how did society back then allow boys to cross dress as women and dance in the Temple? 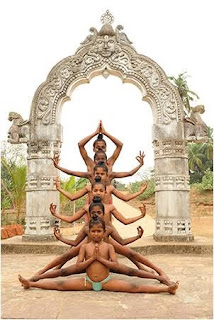 The beginning of Gotipua is still unknown because this art form wasn't registered by the writers of the time but it was more of s passed down culture through verbal ethics.  Some of the debated Reasons why they initially started had led up too many theories. One of the reasons that is used as a surface knowledge is that when Chaitanya Mahaprabhu who was a religious pilgrim and disciple of lord Krishna came to Jagannath Temple in Puri he saw this devdas practices on going in the Temple. In Hinduism it is believed that during the menstruation period of the women. They are impure in this time Frame (just a myth). So, women are mostly forbidden from entering the Temple in their menstruations period because temples are the home of Gods symbolising the purity of the environment.
[Personally, I don't believe in this but it was something prevailing in ancient India and it is still believed in India]
According to this Reason Chaitanya Mahaprabhu proposed that Since for women it's a monthly thing and can't be avoided. He asked for a boy to turn into a Devdasi. They would dress alike, perform and do the rest of Devdasi's work like the women Devdasi does. Initially it was just one boy that's why they are named gotipua (goti means one and pua means boy in Odia) but as the time passed by few more boys were asked to join which they happily did. To this day it is like 5-12 boys in perform for a gotipua group dance. 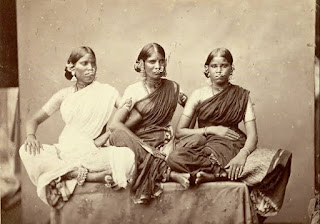 Another story that isn't much talked about one because it showed the negative side of the Devdasi and royal society was one hail of a disturbance once. It is a passed down story which is more like a rumour or gossip was that the misuse of Devadasi by the royalties. It is belived that the royal like the kings and their official couldn't use the service of the prostitution openly in the society back then in Odisha and their only wives were the princess they can't get control over. So, they decided to introduce this practice Of the Devadasi system in the temples in the name of service for god to which nobody would deny to. The Devdasi would perform in the temples but also in front of kings and officials when they visit the temple. And later they were forced into satisfying the needs of the royal official and even the priests of the temple. Since the royal were involved in it remained as a confidential practice but sooner or later the people and other religious leaders came to know about it. Since they couldn't oppose the royal directly, they used the menstruation excuse to save the Devadasi women. This was something even royal can't fight against so they gave in and this led to decline of women to be rolled as Devdasi in temples. Instead boys were sent in as dancers to keep the culture of art of dance and music to continue in the temples. In this way it was a win-win situation for both women and the culture.
One another theory was that in a period of time in history male population once outnumbered the females due to the phatrichary systems. Which led to very few female dancers left in the villages. Due to which the males had to replace it for continuing the tradition which later turned into a speciality of odia classical dance. 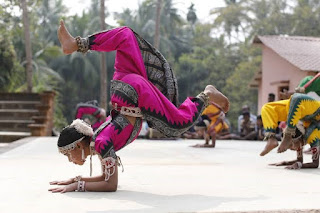 No matter what has been the reason for the rise of Gotipua. It is something the Odia people are proud of. Gotipua significantly stands out the most in terms of ancient dance culture. When the rest of the world had degraded the women and their contribution to society. Somewhere in a small state of kalinga (now odisha) was busy setting up an example for destroying the stereotypical Definition of masculinity and their job profiles. It stands as a great example that no job or work in this world has a particular gender working for it. A man can do a woman's job and a woman can do a man's job unless We are biologically limited to. And in the end, all that matters is the effort you put into the work will always end up with a beautiful result.