May 30, 2020
Kolkata city of Joy and also the capital city of West Bengal are famously known for its diverse history and cultural inheritance. People of Kolkata are deeply evident in their food, architecture, culture and people. Kolkata which was formerly known as Calcutta city, once the capital of British India. It is one of India’s largest and metropolitan cities and one of its major ports. The city is situated on the east bank of the River Hooghly, once the main flow of the river Ganga; it’s about 96 miles upstream from the head of the Bay of Bengal, there the port city developed as a point of transhipment from water to land and from river to sea. 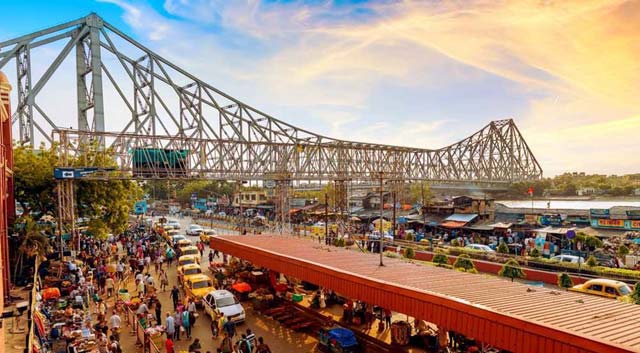 The city’s former name was Calcutta which was given by British or the East India Company, Calcutta is an Anglicized version of the Bengali name Kolkata. According to some, Kolkata is described from the Bengali word Kalikshetra, which meaning stands for “The Ground of the goddess Kali.” Few people states that city’s name derives from the location of its original settlement on the bank of many canal.
1. Bengali Food
Bengali people are known as foodies with some of the most delicious vegetarian and non-vegetarian cuisines, along with mouth watery delectable desserts, the eastern state of west Bengal has an abundance of variety of spices and food category that is capable of satisfying even the most palters. Kolkata, the capital of West Bengal is probably the best religious place in the region to sample all these treats as the number of restaurants here are as plentiful as the dishes they serve.
2. Bengalis Love for Literature
Home for the world’s first Nobel Prize holder, Rabindranath Tagore, the city of Kolkata’s love for literature is historic and deep rooted in this region. Kolkata hosted a several number of events dedicated to the art and literature, this city has a great place to visit during the Kolkata Book Fair world second largest book fair and also acclaimed by the world and International Literary Festival. Authors and intellectuals from all over the world gather here during January every year to experience this feast for the mind.
3. Kolkata’s Famous Biryani
Though many state, district and maybe even city has its own version of this festive dish and biryanis but the debate of which is best has long been fought mainly between the people of Hyderabad and the Bengalis in matter of food the main difference being that Bengal likes potato in its Biryani and in Hyderabad they do not. When in Kolkata, be sure to try the local favourites, Mutton Biryani whether at Arsalan, Taste of Kolkata or any other places; be sure you get a restaurant recommendation before passing your verdict.
4. Street Food
Street food and bustling city’s just go hand in hand and Kolkata is no less a bustling city than any other and as such has no shortage of road side food kiosks, carts, stalls and stands. From the local egg roll, fuchka, Indian style momos and chowmein influenced from the East, dosa from the South and Tikka rolls from the North, even Vadapav from the West side.
5. Trams
Operating on the streets of Kolkata since 1902, the tram service is not only one of the last remaining in the country but also the oldest in Asia. With over a hundred cars running all over the city every day, the tram is one of the best and cheapest ways to get around or take a tour of Kolkata.
6. Eden Gardens
Eden Gardens was established over more than 145 years ago; the Stadium in Kolkata is not only the landmark but also considered a historic and heritage site and also the second largest stadium in the world. Eden Gardens hosts some of the biggest cricket tournaments in the world and scores of local and national level matches, the place is regularly filled with an audience of more than over a lakh and close to a lakh and a half on days the local team, KKR are playing. Tickets are available online for all games so be sure to catch one the next time you’re in town.
There is many more attraction about Kolkata they are Football, Bengali Cinema, Museums, Hand Pulled Rickshaw, Kolkata Metro, Park Street, Colonial Structures, Heritage Sites and many others.
-By Pallabi Ghosh