May 14, 2020
For years we have heard that there is another world out there. Another home out of earth, where there exists, the land of the living. No one knows who or what they are.
Though, it is said, that there are chances of life there.
Generally called, "aliens" sometimes "extra-terrestrials" as well… These creatures have never been seen by anyone, but observed footprints and DNA that are a bit different from the known. This realm of the universe DOES EXIST. It is the lack of knowledge till date about these species, as nobody has proper proof. Scientists say that life does generate there, but it needs to be found soon. In other news, it has been said already, that the coming of aliens are "inevitable", but also important.
Always wondered how they look. Whether they speak or not. Personifying our most popular alien, "Jadoo" from the Movie, "Koi Mil Gaya", not only people, but researchers as well started their enquiries for more data about existence in outer space. A very interesting yet dangerous part of the world to be handled. 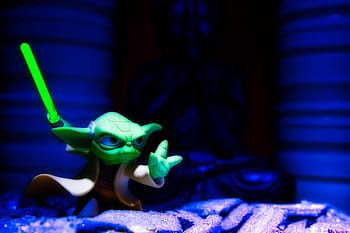 In fact, one NASA scientist already admits to having said that there can be chances of aliens already visiting Earth and as humans, we never noticed them!
Most commonly found evidence by NASA and other scientists and researchers have been prints in the form of bacteria or microorganisms. While there are others who say that life is likely to be found in the red planet, Mars. In ancient history, this planet had been covered by water just like earth.
Some of the space stargazers have claimed to observe strange mannerisms on Mars; from pyramids to alien bears. This planet is said to have been frozen 3.8 billion years ago. Hence, it was considered a dead planet or a planet which, once upon a time, supported life.
Others site, Jupiter’s' moon, as a place for existence of these beings. Some scientists believe, Europa, about the size of Moon, has an ocean that lies beneath its frozen crust. According to NASA, it is one of the best places for life beyond Earth.
Now, the common question anyone would ask is, if scientists have received such vague and unexplainable signals before as well. Let's see -
Back in 2015, one such researcher made an observation. It stated that there was a huge block against the passing of light by a sphere, known as the Dyson Sphere. This is a theoretical sphere that can be built round a star to absorb and create energy.
Jason Wright, from the Penn State University suggested, that the megastructures sending out bizarre like signals could be a sign of aliens. As no one has a definite answer for these happenings coming from outer space.
Similarly, in the recent years, it has been confirmed by scientists that these odd signals keep coming every once in a while. These signals have been picked up by a number of stars in the recent past. It is definite, that most come from natural sources, but others have been recorded to come from aliens. There was even an article published by astronomers, Ermanno F. Borra and Eric Trottier, who stated that they had received signals from "the extra-terrestrial intelligence" which came with the deliverance and receiving of 234 such signals written in detail.
Commonly called the Unidentified Flying Object or UFOs, the scientists consider that there is a possibility of these signals generating via extra-terrestrial intelligence. A sign, to make us aware of their existence!
Other radio signals, detected, are the " Fast Radio Bursts", as well. Over 150 such flares have been discovered, without having any idea about the cause and effect of these.
One researcher happens to believe that UFOs are functioned by purely humans who have travelled back in time. All the way from future, they're reliving...
Some think they are the left overs of distant explosions that took place in the outer world, while others say they are signals from the aliens. Messages sent for us to be aware. It is exciting and dangerous at the same time. They happen to be a life form that no one yet knows of. Their functioning, their DNA, their way of living, has not yet been discovered. If they happen to contact humans before we can reach out to them. The world will view something never before … These organisms with their meteorite powers of ominous glory can take down, tiny human beings like us, all at once. The more we find out, the closer we get to dealing with it.
We aren't that close yet, but soon we will be. Very excited to know everything about them, what about you?
-Namrata Dey