May 06, 2020
Every year we lose around 800 000 people due to suicide. It is the second leading cause of death amongst people from ages between 15-30 years.  What leads to their deaths? Depression.
More than 264 million people globally are affected from depression. It is a serious medical illness that affects how you feel, how you behave and how you think, all in a negative way. It causes the victim to lose interest in daily activities, it causes them to feel sad. It affects them emotionally and sometimes physically as well. It is very different from the usual mood fluctuations or short-lived emotional responses. When this becomes long-lasting and increases in moderation or severely then depression may become a serious health condition.
Its symptoms may vary from mild to moderate to severe depression. Some of these include:
•    loss of interest in activities
•    changes in appetite
•    trouble sleeping or sleeping too much
•    increased fatigue
•    Having negative thoughts
•    feeling useless or worthless
•    having difficulties in thinking or concentrating
Sometimes medical conditions such as thyroid problems or vitamin deficiency can mimic depression like symptoms so it is better to rule out general medical causes.
Depression affects one in fifteen adults every year and one in six people will suffer from depression at least once in their lifetime.  It has been found that women are more likely to suffer from depression as compared to men.
There are usually two types of depression:
Recurrent Depressive Disorder:
This involves having repeated depressive episodes. During this situation the person may experience depressed mood, loss of interest and enjoyment, and reduced energy leading to diminished activity. They may also suffer from anxiety like symptoms, disturbed sleep and loss of appetite, and may have feelings of guilt or low self-worth, poor concentration and even symptoms that cannot be explained by a medical diagnosis.
Bipolar affective disorder:
This type of depression usually consists of both manic and depressive episodes which are separated by periods of normal mood. Manic episodes usually involve elevated or irritable mood, over-activity, pressure of speech, inflated self-esteem and a decreased need for sleep.
THE RISK FACTORS FOR DEPRESSION ARE:
Various factors play a role in depression:
• Biochemistry: Reactions of certain chemicals in the brain may lead to symptoms of depression.
• Genetics: Depression can also be genetic. For example, an identical twin suffering from depression may be the reason that other twin also has the illness.
• Personality: People with low self-esteem or people who are easily overwhelmed by stress, or who are usually pessimistic by nature are more likely to suffer from depression.
• Environmental factors:  Exposure to violence or neglect or abuse or poverty may make some people more vulnerable to depression.
How Is Depression Treated?
Depression is the most treatable of mental disorders. Around 80 to 90 percent of people with depression eventually heal.
Before a diagnosis or treatment, a doctor should conduct a thorough diagnostic evaluation, which should include an interview and sometimes a physical examination as well. In certain situations, a blood test might be taken to make sure the depression is not due to a medical condition. The evaluation is done to identify specific symptoms, medical and family history, and other such factors to arrive at a situation and plan a course of action.
• Medication: Chemical reactions in the brain may contribute to an individual’s depression and may factor into their treatment. Due t this reason, antidepressants may be prescribed to help modify the patient's brain chemistry. These medications are nothing like sedatives, “uppers” or tranquilizers. It does not let the patient to generate a habit. Antidepressants usually have no stimulating effect on people that do not suffer from depression.
Within its first week or two of anti depressants may produce some results but full benefits may not be seen for quite some time. If a patient feels no improvement after several weeks despite taking medications, the psychiatrist can alter the dose of the medication or add or substitute another antidepressant. In certain cases, other psychotropic medications may also be helpful. It is important to let your doctor know if the prescribed medication does not work or if you experience side effects.
Psychiatrists usually recommend their patients to take the medication for six months or more after symptoms have improved.
• Psychotherapy: Psychotherapy, or sometimes known as “talk therapy,” is also used for treatment of mild depression; for people suffering from moderate to severe depression, psychotherapy is often used in along with antidepressant medications. Psychotherapy may involve only the individual, but it can include others as well like the members of the family and so on. 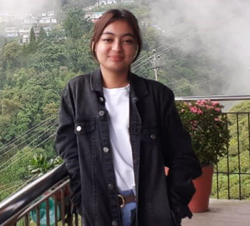