Bangtan Sonyeondan, also known as the Bangtan Boys, or BTS is a seven-member South Korean boy band based in Seoul. The hand came inti existence in the year 2010.  They were Originally a hip-hop group; their musical style has evolved to include a wider variety of genres. The band has been capturing the hearts of millions of fans globally since their debut in the summer of 2013. The members of the band are RM, Jin, SUGA, j-hope, Jimin, V and Jung Kook. 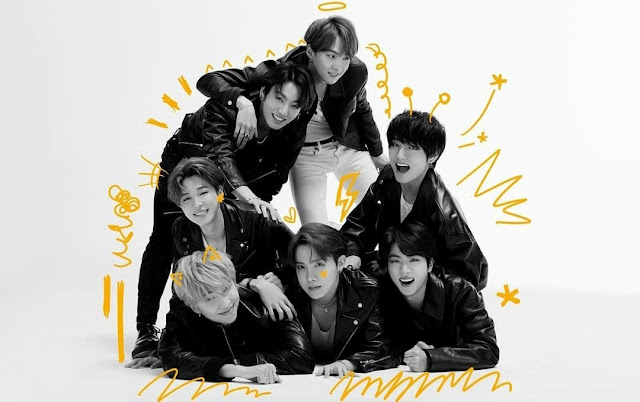 Initially the group formed as teenagers under the studio Big Hit Entertainment. They released their debut single album, 2 Cool 4 Skool in 2013.Their lyrics, usually focused on personal and social commentary. Their music touched on the themes of mental health, troubles of school-age youth, loss, the need to love oneself and individualism. Works such as their first U.S. Billboard 200 entries The Most Beautiful Moment in Life, Part 2 that came out in 2015, The Most Beautiful Moment in Life: Young Forever (2016), and Wings that released in 2016 sky rocketed BTS' reputation. The world had become aware of BTS as a socially conscious group.

MEMBERS-
RM:
Famously known as RM or rap monster, Kim Nam Joon was born on September 12, 1994. He is the leader and rapper of the band. He released his first solo mixtape RM in 2015.In school, RM scored in the top 1% of the nation in the university entrance examinations for subjects such as math, foreign language and social studies and has an IQ of 148.
JIN:
Born on December 4, 1992 Kim Seok Jin is a south korean singer songwriter of BTS. Jin initially dreamed of becoming an actor and attended Konkuk University. He graduated from the university with a degree in art and acting on February 22, 2017.
SUGA:
Born on March 9, 1993 Min Yoon- Gi, better known by his stage name Suga, is a rapper, songwriter, and a record producer. He is a member of BTS and is managed by Big Hit Entertainment. He released his first solo called Mixtape in 2016. Suga is a talented musician and over 70 registered songs are credited to him by the Korea Music Copyright Association.
J-HOPE:
Jung Ho-Seok better known by his stage name J-Hope, was born on February 18, 1994 and is a rapper, songwriter, dancer, and record producer based in South Korea. He is managed under Big Hit Entertainment and is a member of the boy band BTS. His debut album Hope World which released on March 1, 2018 was a big hit and made him the highest charting solo Korean artist on the Billboard 200 at the time of the album's release.
JIMIN:
Park Ji-min better known by last name, Jimin was born on October 13, 1995 and is a South Korean singer, songwriter, and dancer. He is a member of the boy band BTS and is under the Big Hit Entertainment records. He made his debut with the release of the single "No More Dream". Jimin holds the position of vocalist and dancer in the group. "Lie" and "Serendipity" are the two solo tracks he released under BTS.
V:
Born on December 30, 1995, Kim Tae-Hyung is a singer, songwriter, record producer, and an actor. He is a vocalist of the boy band BTS. He was credited for music composition in The Most Beautiful Moment in Life in which he co-wrote and co-produced the song "Hold Me Tight". Singularity his second solo song was released in May 2018.
JUNGKOOK:
Jeon Jung-kook better known as Jungkook, is a South Korean singer, songwriter and record producer. He was born on September 1, 1997 in Busan, South Korea. He is a member and vocalist of the South Korean boy band BTS.
The band has gained worldwide recognition accumulating fans from all over the globe, India, the USA, the UK and so on. BTS has sold more than 20 million albums worldwide making them the bestselling artist in South Korea. Over the years the band has won many awards some of which include 4 Billboard music awards, 4 American music awards, MTV music awards and so on. They also hold four multi million albums in South Korea.
They also have a large social influence and have received eleven Guinness World Records as well. They were also the first K pop act to remain on Billboard 200 for a whole year.