May 15, 2020
The Border Security Force (BSF) is the border guarding Agencies of India. It is one of the seven Central Armed Police Forces of India, and was raised in 1965 after the War on 1 December 1965, "for ensuring the security of the borders of India and for matters connected to it". It is a paramilitary force which is in charged to protect India's land border during peacetime and preventing transnational crime at the same, it has various active roles during an outbreak of war. It is a Union Government organisation under the administrative control of Ministry of Home Affairs. 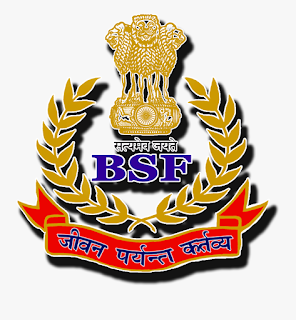 The BSF has its own officers and its head, Director-General (DG), since its raising has been an officer from the IPS. It is an Armed Force of India tasked with various assignments from time to time. The BSF has grown rapidly from a few numbers of battalions from 1965, to 186 battalions with a sanctioned strength of 258,363 personnel including an expanding air wing, Water wing, an artillery regiment, and special commandos units in 2019. In present time Border Security BSF is the world's largest border guarding force. Border Security Force is also known as the First Line of Defence of Indian Territories.
BSF or Border security Force is one of the 5 Central Armed Police Forces CAPF of Government of India under the administrative control of Ministry of Home Affairs. It is recruited for guarding India’s land border during peacetime and preventing transnational crime. One third of the BSF Guards are deployed in Jammu & Kashmir, as a part of its occupation of Kashmir, the Government of India has deployed more than a million soldiers and a half of a million paramilitary forces are deployed there. 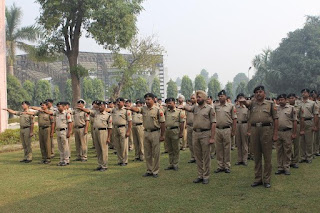 Since 1990 the Republic of Indian central government deployed the full range of paramilitary forces to Kashmir due to the war situation, as the Army was unwilling to commit its forces to the counter-insurgency operation. The BSF or Border Security Force had never been committed to this type of situations. The BSF transformed itself from a border force to a counter force, and established an intelligence network in the area with the help of R&AW and IB. However, number units of the force were deployed without the required specialised equipment and training.
With more than one lakh strong Force, it has the status of largest Border Guarding Force in the world with 187 Battalions and 3 Disaster Management Battalions which ensure the security from internal crime, terrorism and disasters. These units are recruited for the support by robust Training Institutions, a complete force and setup of Medical team and setup, an Artillery Regiment, Air wing and Water Wings, highly trained Dog Squads, to come together to the current responsibility of safeguarding International Border with Pakistan and Bangladesh. 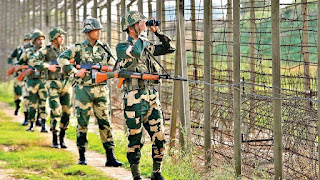 India's army is one of the largest and leading armies in the world. Our country has strength of over 1.4 million active soldiers. Our forces are mainly divided into three parts - the Indian Army, the Indian Navy and the Indian Air Force. Many branches come under them. These armed forces ensure the security of every part of the country.