Books and movies or movies and books?

May 22, 2020
Reading and watching what you read are two completely derogative to each other unless there is a connection. There have been so many books that have been converted to movies, only for their viewers to get a glimpse of how our fantasy world can look like. Here are some of those books that have come alive in just the same way- 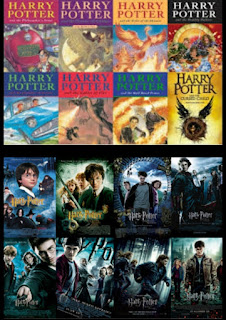 The Harry Potter series
A set of fantasy novels written by author, J.K.Rowling. The chronicle lives of a young boy, Harry Potter with friends Hermoine Granger and Ron Weasley who are students of Hogwarts School of Witchcraft and Wizardry. The story concerns Harry Potter and his struggle against Lord Voldemort, who intends to become immortal and overthrow the wizard governing body that is known as the Ministry of Magic. The stories are all connected to one another and use a great deal of suspense and interest. Daniel Radcliffe (Harry Potter), Emma Watson (Hermoine Granger) and Rupert Grint (Ron Weasley) are the three main characters of the plot. For all the people who love magic and fantasies, this story as well as the movies, are a big must watch for you. You're missing out on good stuff otherwise! 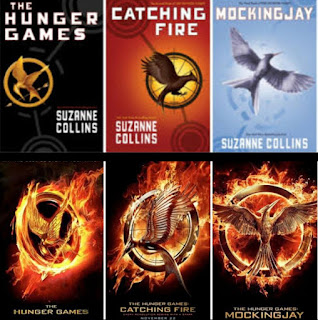 The Hunger Games series
It is a journey of young adult dystopian novels written by Suzanne Collins. Called the Hunger Games Universe, this trilogy revolves around Katniss Everdeen and her journey to survive the Game. Will she survive it? To know more, you need to delve into the crux and I'm sure this traverse won't bore you … The book was turned into a film starring Jennifer Lawrence playing the main lead. This series has also super ceded The Harry Potter series and sold more than 65 million copies in the US, alone. For those of you who have already read and watched the series, the prequel is put too, namely, The Ballad of Songbirds and Snakes in 2019. It is based entirely on the early days of The Hunger Games Universe, that is called the Panem. 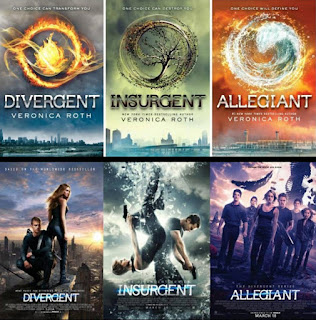 The Divergent Series
This series of young adult science fiction adventure novel. Has been written by novelist Veronica Roth. Set in a post-apocalyptic dystopian Chicago, is a trilogy. The story presents you with a series of events that happens from the eyes of one of the trilogy's characters. The society that defines their social and personality affiliation through five different factions, removes anyone executing independent will and threatening the safety of the population. Beatrice Prior, who happens to be one of the main leads in the story, who later changes her name to Tris, must find her journey as a Divergent. A later short story, "We Can Be Mended" is an epilogue five years after the events of the trilogy. The series stars Shailene Woodley and Theo James as lead characters Beatrice Prior (Tris) and Tobias Eaton (Four). Kate Winslet played the role of the antagonist in the first two films. Ansel Elgort, Zoë Kravertz and Miles Teller are the supporting cast. Make sure you have your tub of popcorn and coke with you before engrossing yourself into the realms of the superficial! 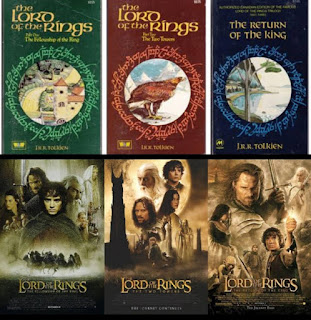 The Lord of the Rings series
An epic high-fantasy novel. Written by author, J.R.R. Tolkien. The story began as a sequel in 1937, called The Hobbit, but eventually developed larger than what you thought you saw. With over 150 million copies sold of this series, the title revolves around the antagonist, Dark Lord Sauron. He had created One Ring, in his earlier age, that would rule the other Rings of Power as an ultimate weapon to conquer Middle-Earth. From the Shire, a Hobbit land; the story flows towards Middle-Earth, following the War of the Ring through the eyes of the characters itself. The main hobbits being Frodo, Sam, Mary and Pippin. An award-winning adaptation that has inspired art, music, films, television, video and board games, including literature as well. A trilogy made for the radio, theatre and film; including an ensemble cast of Elijah Wood, Ian McKellen, Liv Tyler, Viggo Mortenson, Sean Astin, Cate Blanchett, John Rhys-Davies, Christopher Lee, Bill Boyd, Dominic Monaghan, Orlando Bloom, Hugo Weaving, Andy Serkis and Sean Bean. Keeps you awestruck every moment of each event. A well-made genre of exciting adventure all the way… 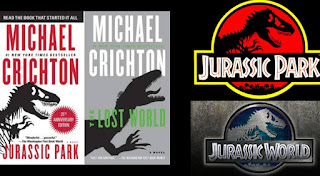 The Jurassic Park series
Also referred to as Jurassic World is a science fiction media franchise. It is centred on a dinosaur attempt to create a theme park of cloned dinosaurs. A novel by Michael Crichton that later was made into a movie. A sequel novel, The Lost World was also followed by a film adaptation and the rest of the continuations of Jurassic Parks are not based on the books that were written. An enriching experience of a futuristic world! Ever thought about how they could come back to life? Pretty intense indeed…
This quarantine, bored to death with your surroundings? These are some of the books and movies that allow you to engage into the afterworld of happenings like never before … Give them a try if you haven't already and enjoy binge watching the upside-down!
-Namrata Dey