Bollywood Movies To Watch During Lockdown

May 25, 2020
This time is very much curtail for everyone in global platform due to Pandemic situation occurred due to Covid-19, to battle out the deadly novel coronavirus outbreak, lockdown or quarantine has begun worldwide. However, cinema halls, malls, restaurants and other recreational hubs are shut down. These days, OTT platforms like Netflix, Eros Now, Zee5, Hotstar, Amazon Prime, Voot, Jio Cinemas and many other platforms have managed to squeeze in some relief for hard-core cinema buffs and fans who are eagerly waiting to experience the 70mm screen delight again with bated breath. Till the time that happens and the world get back to 'normal', one can find our little sunshine in a few big-budget, commercial Bollywood blockbusters which are expected to come out in 2020.  There are few movies which can give us the relaxation and chilled mood at home with the help of ott platforms there are some mind chilling and refreshing old movies and blockbuster of that time here are some movies which I have mentioned, 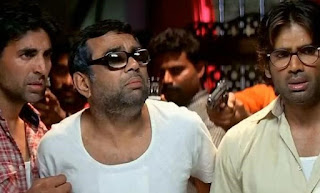 Hera Pheri both the parts is one of the hilarious movies, and I guarantee one will fall off laughing from your couch or chair watching this. It is a series of comedy films and I love all its parts.  It has great star cast of Akshay Kumar, Paresh Rawal and Sunil Shetty in the lead role.  It is like a cast that gel together and give excellent performances, pushing each other to excel and raise the benchmark. Every dialogue, every scene, and every expression of the characters in this movie is worth remembering 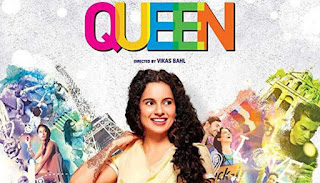 Queen which was released in 2014 starring Kananga Ranaut a national award winning actress, Queen will treat you to one of the most adorable and goofy central characters in Hindi cinema. Ranaut plays a jilted bride who decides to go alone on her European honeymoon and what was meant to be a magical time with her new husband ends up as her journey of self-discovery. A small film with a big heart and a lovable protagonist, watch it for Ranaut.

Yeh Jawaani Hai Deewani a 2019 super blockbuster film and one of my favourite movie, I can guarantee that no one can deny the fact that it is an amazing film and almost 70% teen and relate themselves to the film, It a glossy romantic drama, then it doesn’t get better than the superbly-acted Ranbir Kapoor and Deepika Padukone’s it is also known as ‘YJHD’. Kapoor plays commitment-phobic, flirtatious drifter Bunny who becomes friends with the nerdy doctor-in-making Naina. The two hit it off immediately, but will they ever become more than just friends. 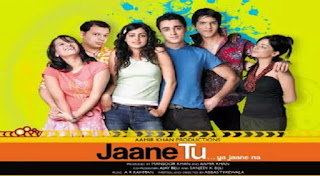 Jaane Tu … Ya Jaane Na is a 2008 movie with a star cast of Imran Khan and Genelia D’Souza and many small actors and actress; this was Imran Khan Debut film that saw his career takes off to a blazing start. This feel-good romance between two best friends Jai and Aditi (Imran Khan and Genelia D’Souza) is one of those rare films that have long-enduring appeal and charm. Though this movie is a bit slow and not a block buster hit but I love the plot of the movie. It’s a cute romantic movie. 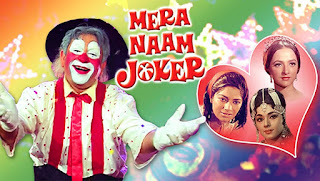 Mera Naam Joker is a legendary flim of 1970 with a record to two intervals and longest duration flim of that time, these movies has many legendary stars such as Raj Kapoor who plays Raju, a clown who can light up anyone’s life with his funny antics. This movie, which took more than six years to make and is said to be semi-autobiography of director-actor Raj Kapoor, is a crash course on how to deal with life, love and heartbreak. The songs also add a fatalistic twist to the times we live in.

Hum Aapke Hai Koun it a flim from late 90s in 1994 with a huge star cast and lead of Salman khan and Madhuri dixit, It has more than a dozen songs and a screen time of more than three hours, but if you have time on your hands during this lockdown then why not give ‘HAHK’ a shot? You will enter Sooraj Barjatya’s utopian family landscape where majority are perfectly beautiful in and out. Without any action this movie is just awesome.
- By Pallabi Ghosh