May 25, 2020
The Bhangarh Fort is one of the most historic forts in India which was constructed in 1573 AD by Maharaja Bhagwant Das, the ruler of Amber now in Rajasthan, India. His elder brother Raja Man Singh was a well reputed general under Emperor Akbar and was one of Akbar’s nine gems or Navaratna. Maharaja Bhagwant Das built the Bhangarh Fort for his son Yuvraj Madho Singh. Yuvraj fought battles besides his father and uncle. After his demise, his son Chatr Singh became the next ruler. The mysterious incident of 1783 caused the town to become deserted due to internal problems, and it fell to ruins. There are many legends that survived till date and provide us otherworldly atmosphere.
There are many haunted stories related to Bhangarh, Emperor Madho Singh who built the city after attaining the approval of Guru Balu Nath a saint, an ascetic who used to meditate there. The saint gave his approval on the condition that the shadow of the Emperor’s palace should never fall on his retreat, it will always shine and the king also ensured that also, if in case it did, the city would crumble into ruins. Once the construction was completed, the saint was unfortunately shadowed by the palace. Failed to cure the saint’s, Bhangarh in little time transformed into a cursed city and could never be rebuilt as no structures ever managed to survive in it. It is interesting to know that the remaining tomb of Guru Balu Nath can still be found among the ruins. 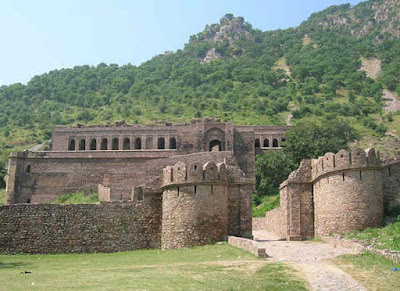 There are many other stories also one of the famous story which is also a horror story also it is proved by Archaeological survey of India is Princess Ratnavati’s mistress beauty as per many notes and witness, her beauty was nonpareil and stories of her surpassing physical attractiveness even transcended kingdoms and borders. Her beauty was compared to the angels of heaven, when she turned eighteen years old, rulers from several states asked for her for marriage.  All the rulers were a sorcerer named Singhia who was aware of the fact that he was no match for the princess. He was lucky enough to see Princess Beauty in the market and enchanted the oil she was purchasing with black magic.
He was in the hope that the princess would surrender herself fully to him upon touching the oil. However, his attempt to control her but Ratnavati witnessed his trick and poured the oil on the ground and the saint which in his desire then the oil morphed into a rock and the rock rolled towards the magician and crushed him to death. Before his death, Singhia cursed the full city of Bhangarh to death and as a result, it never witnessed any rebirths or any happiness or joy. Moreover, in the battle between Ajabgarh and Bhangarh, princess Ratnavati was brutally killed, thus adding more weight to his malediction. However, curses never die as several locals person are of the belief that Princess Ratnavati has returned in a different form and will ultimately come back to end the unfortunate spell on Bhangarh. 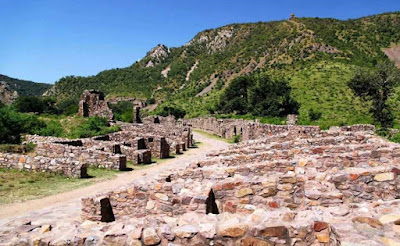