Artificial intelligence includes various advanced systems such as Neural Network, Fuzzy Systems and Evolutionary computation. It is also used in typical problems such as Pattern recognition, Natural language processing and more. This also works throughout the world as an artificial brain.
AI also involves mechanisms, and research that has discovered how to make computers carry out some of automatic functions and not manually. The changes that artificial intelligence will bring to the technology landscape could pale in comparison to what it wreaks on global society. Humans need not be taken over by intelligent machines, as some doomsday soothsayers predict, to face a brave new world in which they must revolutionize the way they conduct their daily existence. From employment upheaval to environmental maintenance, people may face hard choices as they adapt to the widespread influence of artificial intelligence advances.
Experts offer that artificial intelligence (AI) itself will undergo significant growing pains as it transitions from childhood into adolescence. Where ongoing research largely focuses on applied AI, it eventually will expand to cover a broader range of aspects. Revolutionary computing technologies also will contribute to AI growth. Ultimately, overall, AI research will lead to its maturity.
When we recall the past, Artificial intelligence or the AI technology is a term that helps us to throw some light on the intelligence of machines and various branches of computer science and technology that help put the same together. The term ‘artificial intelligence’ in 1956 was first coined by a then very eminent John McCarthy who chose to define it as ‘the science and engineering of making intelligent machines’. To better understand the fine nuances of ‘artificial intelligence’, think robots, think computers, think state-of-the-art machines that assist in the performance of functions that is otherwise not humanly possible. 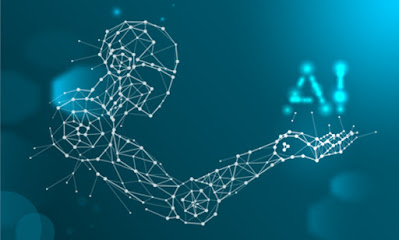 Artificial intelligence has made impossible things possible it turned dreams into reality. This dream, thanks to prodigious efforts, which has managed to make a way and carve every distinct niche for itself within the well-defined realms of reality.
The Artificial intelligence research is highly technical and specialized and complicated procedure. The research of the AI technology is based on two main lines. One line is based on the biological thinking like human brain mapping where the Artificial Intelligence is based on the idea of human thinking and that system should work like how humans think and finally the second line is about phenomenal like computer brain mapping which is based on formalizing common sense and facts about the world.
-By Pallabi Ghosh