October 15, 2019
A 10-point ambitious growth and reform plan for Indian Universities has been presented at an event in New Delhi today to enable them to achieve global rankings. 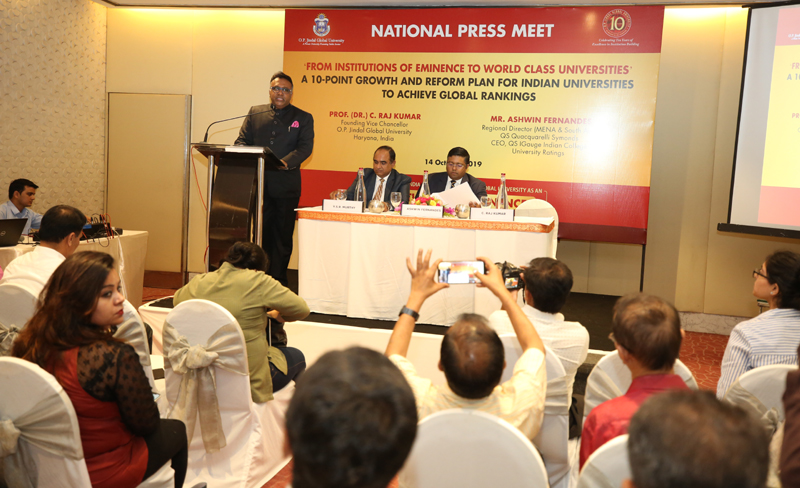 “In the next decade, international ranking systems will influence the quality assurance and accountability with more government policies focusing on quality assurance systems and academic standards. The scholar community should actively enter debates about the assessment of academic standards and the design framework and the use of rankings and ratings. Due to the simplicity of their representation of evidence and sophisticated validation measures, these exhaustive quantitative methodologies will be accepted as reliable measures in redefining the overall quality and accountability in higher education,” said Mr Ashwin Fernandes, Regional Director (Middle East, North Africa& South Asia) QS Quacquarelli Symonds and CEO, QS IGAUGE Indian College University Ratings.

Attention must be paid to the poor performance of Indian universities in the global rankings and take note of the criteria required to succeed in world ranking, especially the importance of research and publications. Other factors that influence ranking include academic innovation, intellectual freedom, and research excellence are constantly promoted. In addition, internationalisation is an important criterion for breaking into the global rankings. This includes measures on the number and influence of international students, international faculty, global engagements and partnerships on research, teaching, and faculty and student exchange. The global ranking frameworks have increasingly become an indicator of the institutional quality of higher education institutions and are a powerful measure of real-world impact of universities and their role as knowledge creators. 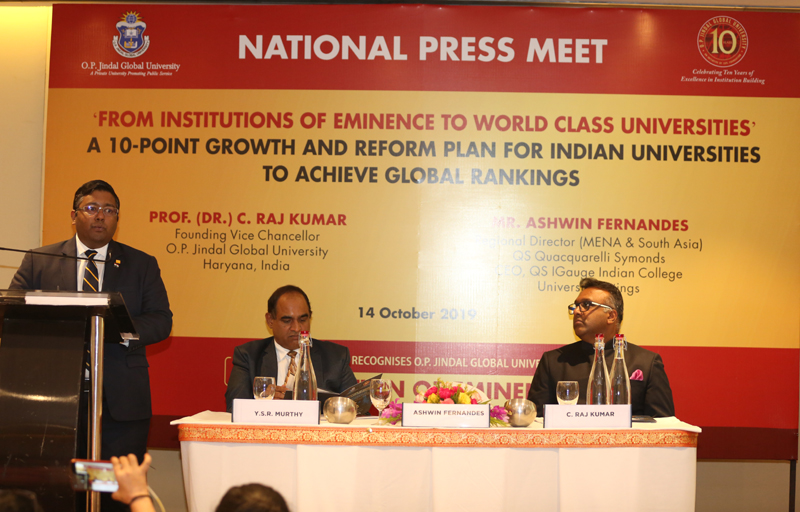