Fiction In My Dreams: A Collection of Short Fiction Stories Written By Little Kids

September 02, 2019
Joy and sparkle in the eyes of the kids awaited the audience, at the launch of their story book titled “Strange Things”. Everyone was amazed by the stories in the book launched today at Pikk-A-Book Store. All the kids and the parents present at the gala launch and review of the book were stunned by
the creativity of these little bundles. The story book launched, has a compilation of 12 short stories from the mind warehouse of kids.

The event began with a short skit that introduced the audience about what are strange things, including the sorceress who astonished everyone about strange things that appear normal today. The event further elevated toward the authors, who elaborated their idea of strange things. The kids then read aloud some excerpts of their stories. They were excited to answer the questions in the panel discussion that evolved around the topic about how they wrote the stories, what was their mind process, and what is it that they wish to know and learn to become great writers of the future. 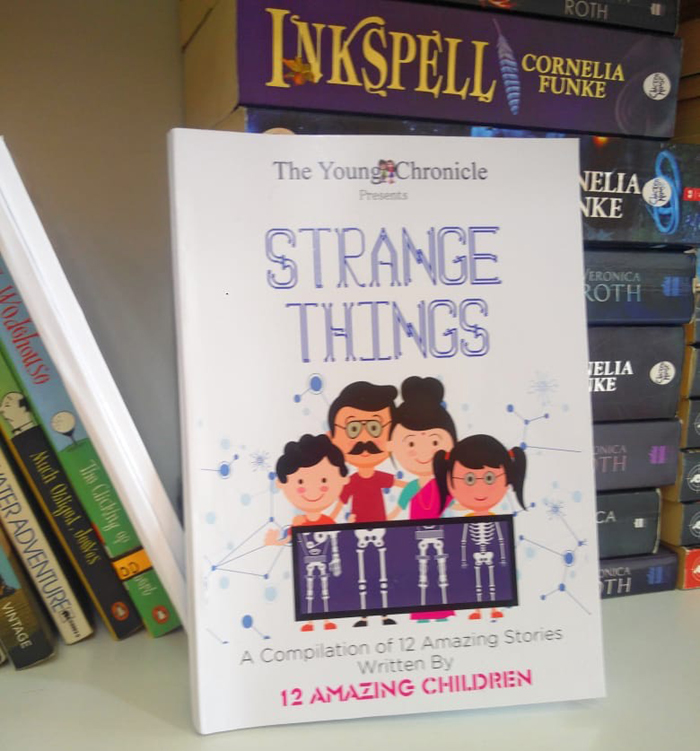 The kids mentioned that the genie of the book stories was released from the magical lamp, at the summer workshop. It helped them in exploring topics on diverse fields of knowledge, scientific activities and model building. By the end, they were full of ideas which transformed into a unique collection of words. After fine tuning their imagination into a mix of fiction and reality, they wove a web of stories that trapped every reader, right from the first page.

Mrs. Ritika Amit Kumar, also enhanced the audience knowledge by sharing her vast amount of information about the widespread world of science and robotics. She told about merging them with writing and craft to deliver a masterpiece of stories. The parents appreciated her thoughts, as they mentioned that the stories in the book are fascinated by the world around and very soon they took them for a ride of the future, in the fictional world. The outstanding story writing, grabbing illustrations, and an explanation of the entire plot in a single picture, these all came from the inspirational source, i.e. Mrs. Ritika Amit Kumar.

Everyone agreed at the book launch that the stories written by these small children are not only meant for fiction lovers, but also have the potential to entertain every genre of readers.

About The Contributors Of The Book
Stories have been developed through hard work and inspiration by Ritika Amit Kumar, Co-Founder, CEO of ‘The Young Chronicle’. Equally important is the contribution of the little kids and Pikk-A-Book Library to lay the foundation for this marvelous work of fiction. 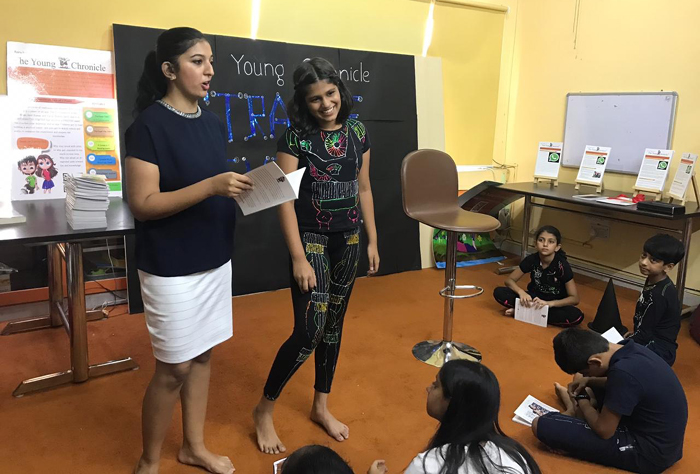