PM Relocations Pvt Ltd (PMR), one of the fastest-growing global relocation firms based out of India, continued to build on its legacy of supporting society and playing a clinical role in this year's 'Fashion for Cause' event where its pragmatic CEO, Ms. Aakanksha Bhargava, was felicitated as 'Woman of Substance'. Ms. Aakanksha Bhargava and PMR pledged to sponsor the education of 2 children for 2 years.

Held at Dhan Mill in New Delhi's Chattarpur area on 2nd October 2022, the annual fundraiser was organized by Indian NGO Lakshyam that focuses on uplifting children and women in at-risk communities through education, employment, and resource mobilization. This year's event was mere witness to around 200-250 people who attended as guests alongside 40-45 supporters of the cause who were seen walking the ramp. Among the eminent designers, some of the biggest names in the Indian fashion industry were Anju Modi, Varun Bahl, Reynu Taandon, and Poonam Bhagat, to name a few, who graced the event with their presence.

Ms. Aakanksha Bhargava, CEO of PM Relocations Pvt. Ltd., said, "It’s an honor to be felicitated as 'Woman of Substance' and be associated with a dynamic NGO such as Lakshyam for their event 'Fashion for A Cause. I've always been a part of the growth narrative of organizations that contribute to the upliftment of children and women via education, employment, and resource mobilization. I'm glad that I am able to support children for their end-to-end education and also walked the ramp exclusively for Lakshyam wearing the graceful and ornate designer wear by ‘Anju Modi’."

This year's fundraiser was aimed at uplifting Lakshyam's new center in Kirby Place where most of the population is either involved in begging or selling toys at the traffic signals. 'Fashion for Cause', conceived in 2012, as a yearly event is credited for bringing various prominent designers, celebrities, and other individuals from diverse fields under one roof in a bid to raise funds for 'Butterfly' -  Lakshyam's special program that caters to child development.

Speaking about the fundraiser, Raashi Anand, Founder, Lakshyam said, “Leaving no stone unturned, Fashion for a Cause is Lakshyam NGO's undefeated effort to reach all possibilities in making education accessible to children. It is an annually held fundraising event, to raise funds for the education of less-privileged children of our society. By seeking the support of some generous and kind-hearted people, we have been able to make this event a success with every passing year. We’d like to thank Ms. Aakanksha Bhargava for her vision and kind efforts to enable and contribute to the cause. It is all possible for us only because of the support from kind people like her. We wish her all the blessings and happiness in life”.

Aiding children and women in need for over a decade now, Lakshyam is currently functional in 15 states of India with 17 centers. The NGO's 'Butterfly: Child Welfare & Education program offers holistic education to children. 'Lakshyam Toy Library' is a need-based approach, and 'Rooh: Awakening Women’s Soul' is designed to empower women through awareness, initiation, and action.

Cognizant of its social responsibilities, PM Relocations continues to extend its support to notable NGOs in major metro cities like Delhi (NCR), Mumbai, Pune, Kolkata, Ahmedabad, Bangalore, and Chennai as their Logistics Partner. Despite being an MSME, the fast-growing firm has been a part of many diverse CSR initiatives to support the cause of education, end hunger, create awareness towards sports, and spread smiles to underprivileged children and people. At the heart, PMR believes that in order to do impactful work all it takes is the ‘Right Intent’ to support and empower underprivileged people. 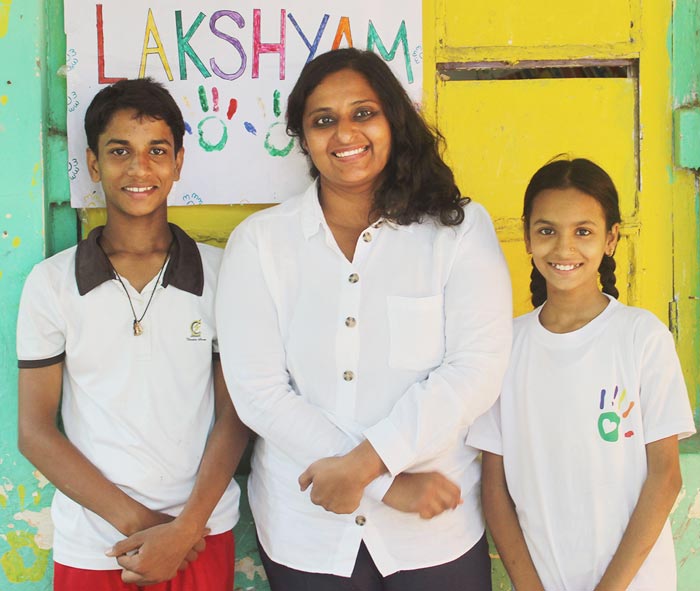