I swear to fulfill, to the best of my ability and judgment, this covenant: I will respect the hard – won scientific gains of those physicians in whose steps I walk, and gladly share such knowledge as is mine with those who are to follow. 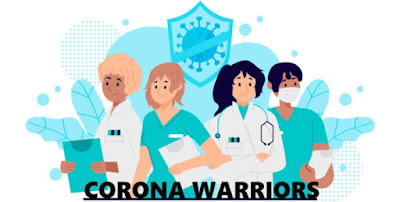 Health workers are the real warriors in this battle between humanity and seemingly invincible virus. They braved all challenges and hazards in the line of duty. Every person has suffered and affected by the pandemic. Maximum of us lost the jobs, livelihood, education and characteristic of being a social animal but we are with our near and dear ones. We are sleeping a peaceful nights and playing with our children because we know heart in heart these health workers relentlessly fighting our battle too. Some of them have converted laboratory and health institute as their home in search of most needed vaccine. We salute all warriors in this battle for survival of human kind.
-By NP SINGH
MA (J&MC) 2
Amity University Kolkata