The most common crime: cyber crime

May 12, 2020
It’s such a crime, where we all for even at least once have either been a victim to it or a part of the crime. Till date, it’s existing and I’m pretty sure that will continue to exist till a long time. It’s such a crime, we commit even without our conscience, and sometimes with our full conscience too.
So, what is it actually?  It refers to any and all illegal activities carried out using technology. Cybercriminals, who range from rogue individuals to organized crime groups to state-sponsored factions, use techniques like phishing, social engineering, and all kinds of malware to pursue their nefarious plans. Some types of cyber crimes are:
•    Phishing : using fake emails, to get personal information from other internet users
•    Misusing personal information (identity theft/creating fake accounts)
•    Hacking : shutting down or misusing websites/computer networks/other people’s account
•    Spreading hate and inciting terrorism
•    Distributing child/adult pornography
•    Grooming : making sexual advances to minors
•    Calling others using fake identities, pretending to be someone
•    Messaging illegal things
•    Body shaming, discussing about other people in personal chats
•    Sharing screenshots of other persons’ or anything related to them, without their permission, circulating futher, etc. 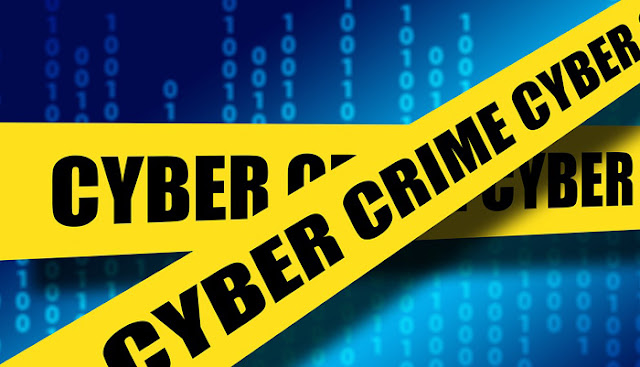 Talking about a recent and infamous incident about a group on social media known as ‘bois locker room ‘is all about this crime. A bunch of boys were allegedly sharing objectionable pictured of minor girls and discussing techniques of raping women in that group. The content being shared in there is related to obscene and lewd comments on the private body parts of the women, with further threats and offers to leak morphed nude pictures and circulate them. A similar incident related to another social media happened too where, a girl herself was involved. Cyber crimes are never about any specific gender, it can always be a girl a boy and even a trans. We should not fake our feminism when the culprit/ criminal is a boy whereas for a girl call it ‘justified’. Nobody is a saint and everybody can be disgusting, equally. This is about being a good human, it is about human’s vs humans and not about any boy vs a girl. Coming to feminists, you’ll should not fake it and actually should expose the culprit and not hold the truth back because of any particular gender. Else it is never a protest of value.
Everyone, our boyfriends, brothers, friends, girlfriends, sisters, everyone has been a part of this crime, or can be in future. And if we find out that, it’s our duty as a human being out of humanity, to correct them or expose them instead of supporting them. Because that is what it matters at the end of the day, to give our society something good, to be a human of ethics, morals and good values, and to stop making our judgements based on preferred “individuals” or “gender”.
Some crimes are so worse, cyber cell fails to solve them. Cyber experts till date have researched and provided lots of solutions but could not help stop this crime, or remove it from the crime world completely. And unless people get a bit more conscious about what they are doing, what they are talking about I personally don’t feel this crime can ever stop. What people think, what we think is that, “this is not a crime we are just talking about her/him”, but no, what we are actually doing is either body shaming, or judging their attires, or commenting about the kind of  posts they do on their social media handles. What actually should stop, we should stop ourselves as an individual first, and then try to stop others. If we are involved, still now in such a “discussion”, we should take the initiative to come out of it. Leave that group, leave that gossip, avoid that environment, stop yourselves first. That is how this can end. Maybe if you do, seeing you one more will do and that’s how we can work this out. If you are receiving a “nude” picture of someone, without showing interest in it or asking for it kindly ask that person to delete it, stop circulating that, one day it can be you, or someone close to you. Would you really want that? If you are friends with people who are discussing about a person’s body shape’s or his/her posts, commenting and making judgements, kindly stop involving yourselves first, and then maybe ask the next person closest to you in there to stop getting involved in it. For once, with a cool head think about what you are doing, can you really justify it yourself? If no, stop yourself. Circulating nude pictures of anyone, circulating anything which is not supposed to be circulated stop please stop. It has turned into a nightmare now. We fear to find out if our very own close persons are involved in activities like that, how will you feel if it is you? If it’s your private thing, which is getting circulated? Or anybody’s close to you? If someone is posting anything, maybe you don’t like it, avoid it, kindly don’t make that a topic of your discussion. I have done something, you have done something, we all done something in some or the other way, knowingly or unknowingly but, let’s put a stop to it, now. Let’s be a little matured, and think more about ourselves than others, not in these matters at least. We have got a hell lot so things to be done in life, to care about, think about really than all these. Take the initiative for you, others will too. 
-PURBALI  MANDAL
Bachelors in Journalism and Mass communication
Amity University,
Kolkata