May 19, 2020
If you have checked the last 24hours news then you must have seen the story of lighting striking the holy flag of the temple burning the flag and the Bamboo supporting it. If you are atheist you might not believe this but it's a big bad omen and symbolises the shortcoming of mankind. 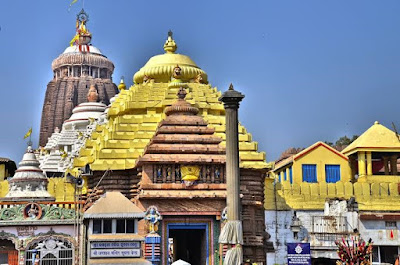 Even though it is world-wide known for being home of lord Jagannath also known to be one of the avatars or incarnations of lord Vishnu. People travel not only from different states of Indian but also from different countries to visit this holy land of Puri. Even though non-Hindu are not allowed inside the temple but they can get the glimpse of the deities during the chariot festival the Rath Yatra.
Other than lord Jagannath himself the temple is also known for many reasons like the mystery of converting to the temple. The people have witnessed many such incidents which don't have any kind of explanation to it.
So here are some of the mysteries of the Jagannath temple
1. Jagannath temple is the protector of the land.
It is believed that Every time there has been a natural calamity facing the land of Odisha. The Temple 's power had protected it from. During last year's Fani cyclone as well, a lot of people saw an emerging ray of light coming out of the Temple and made its way to the ocean. The light ray incident was sudden and happened faster than the light that no proof was able to record but the fact that many people recited the same incident. It's still a topic of debate if it really happened but if it did. It still remains a mystery.
2. The temple survived 17 destructive attacks from the foreign ruler.
The similar attack was faced by Somnath Temple as well but the Islamic ruler had succeeded to destroy it but in case of Jagannath temple, it survived all the attacks. The temple and the priest of the temples had always successfully escaped the attackers every time. The idols of the deity were hidden by the priest in different parts of Odisha and even in Hyderabad.
The attacks would lead to the attackers entering the Temple but they could never destroy it completely. Till this date it's unknown how the Temple still stands beautifully regardless of how many times it has survived.
3. Birds don't fly from above the Temple.
There is no scientific reason to it but you will never see a bird flying over the temple. No one knows why such a phenomenon happens the worst case, once or twice a vulture is seen sitting on top which seems to be a warning sign. The mystery to this is unknown as well.
4. The priest who gets selected to change the idol of the deity in every 20 dies a few months after the event.
One of the rituals in the Jagannath temple is that in every 12 years the idol of the deity is changed with a new idol but the ritual is consistent with a lot of rules and processes which are to be done by just one person. The ritual is so secretive that the priest is taught the process after they get selected and it's done in the dark only with cancel lights. The priest can't share anything he saw to anybody and they die with the secret. They die after a few days or months but not more than that. It's still unknown why this happens.
5. The main dome of the temple.
Again, there is no specific Reason to it but it is observed that no matter what's the position of the sun. The dome of the temples does form shadow on the ground even though the main dome in the tallest compared to rest of the small temples. 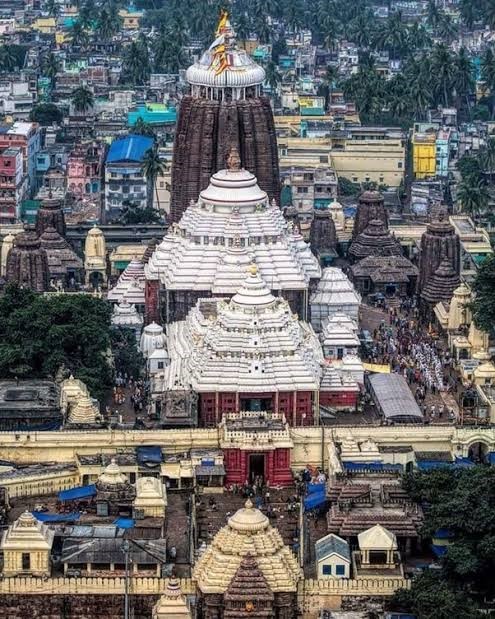 It's also believed that under the Temple lies a hidden treasure room that is equally hollow as the Temple vertically down to earth which is locked with special spells that no one has access to.
These are some of the mysteries of the Jagannath temple that are still mystery till date.