Tips on how to lose weight using apple cider vinegar

May 19, 2020
Here, I’ll be providing some tips about ACV or Apple Cider Vinegar.
We, almost everyone know that ACV is helpful in losing weight, but many of us, we do not know how to use it or when to use, which is the major thing to know before putting hands on this product. So first I’ll tell you- “what is apple cider vinegar and what is so special about it.“
Okay, so ACV is nothing but the fermented apple juice made into a vinegar. This product has no fat or protein in it and the major ingredient in it is the Acetic Acid, which plays the main role in losing your weight.  Acetic acid surpresses the excess fat builds up in your body and helps to cut on the existing excess fat. One tablespoon (15 ml) of apple cider vinegar contains about three calories and virtually no carbs. You can surely google up to know more about acetic acid and its benefit, but I don’t think more is needed here so I’m keeping this in brief and moving onto how to use acv for losing weight. 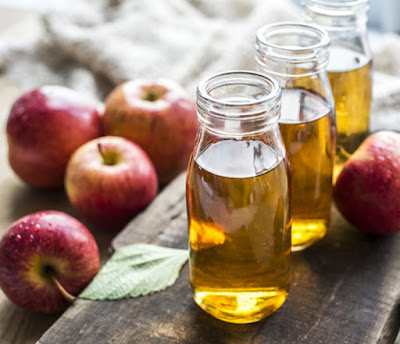 How to use ACV
So before knowing how to use ACV for losing weight, you must know what ACV to use. (Also, don’t forget to see the bottle, if “mother of vinegar” is mentioned, if it’s not mentioned, do not buy that, because it won’t be effective without mother of vinegar).
The best way to have ACV in my opinion and also as per some studies is, to have it diluted. That is, by mixing with lukewarm water. (use a straw because direct contact of ACV with your teeth can be harmful to your teeth and prefer a steel or fiber straw as the water is lukewarm and plastic might swell up)
Add only 1-3 tsp of ACV into a cup of water (100ml) and have it.
The second way can be adding it to your diet, but only to liquid or semi-liquid dishes (for example, dal). Doing this, ACV will also act as a preservative and not let your food go stale even if you have it a bit late. Add a few drops of ACV in your dish and let it stay for 10-15 mins in it and then have it regularly as you have.
Or, use it as a salad dressing as an alternative to the oil you use. Preferably add it to the green veggies. (trust me it tastes amazing).
What not to do
Do not ever take it in the raw form directly in your mouth.
Do not take ACV in tablet form, however easy to use it may seem.
Taking raw ACV in your mouth can burn your esophagus.}
When to use and some more tips
I will suggest to take ACV preferably before your meals or before bed.  But, do not ever take ACV just before eating, keep a gap of at least 20-30 mins. Same goes for taking before bed, do not sleep just after taking ACV. Having it right before your bed might creep back up the esophagus, so to ensure there is no acid reflux and irritation to the esophagus I will suggest you to sit upright at least for 30 minutes and then sleep.
Also, do not consume in large amounts, though ACV is a helpful ingredient, taking it in large amounts might not be accepted by your body. Take only two times at max.
•    (if you are pregnant or breastfeed ACV can be harmful for you, so avoid it completely:
•    in case any problem or medical suggestion, consult your doctor if needed before starting to consume ACV)
And, not just have it right before your meal, but also do not have right after your meal too. Why? Because, you can geel digestion issues as ACV will substitute for the lost gastric juices by allowing the food to digest easily.
Summary:
•    Do not have ACV more than twice a day.
•    Add only 2-3 tsp of ACV in each consumption and not more or less than that.
•    Use lukewarm water to dilute ACV for better results.
•    Do not have ACV right before your bed, meal. Or right after you have brushed, had meal.
•    Do not have ACV directly without diluting or mixing.
•    Use only ACV with mother of vinegar.

ACV has a lot of other benefits also, but this was only about losing weight, so keeping it in brief, hope you find it helpful.