May 16, 2020
The kingdom of Nepal is a landlocked country bordered by Tibet on the north and India to the east, west and south. It is well known as the birthplace of Buddha and for the Himalayas. Although it is a small country, it contains the greatest variations in altitude on earth, from lowlands of the Tarai to the world's tallest mountain, Mount Everest or as the locals call it Sagarmatha. 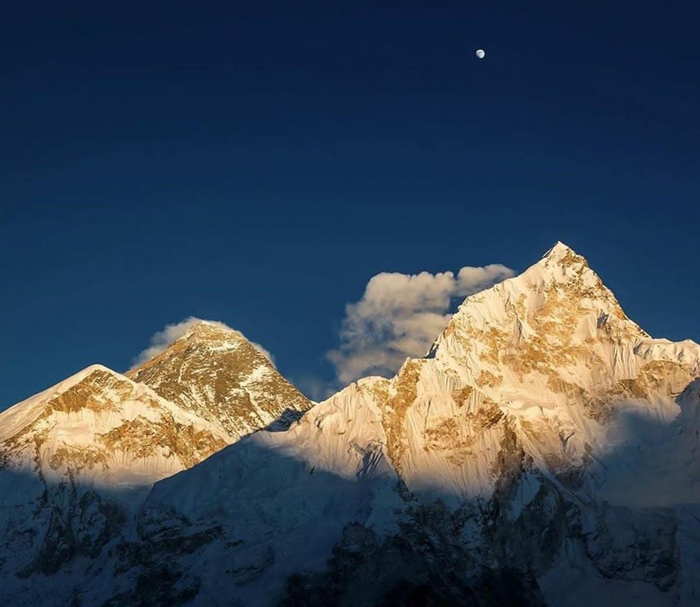 For centuries, Nepal had relatively little contact with the rest of the world. Because of this isolation, Nepali cuisine and its traditions were not influenced by its foreign cultures or ingredients. This resulted in its unique culture. After 1950, when Nepal opened its borders to the outside world, their cuisine, especially in the capital of Kathmandu was influenced by the culinary traditions of its neighboring areas. It evolved to corporate many ideas from Indian, Chinese and Tibetan fares. Modern Nepali cooking, foods and eating habits have been shaped by exposure to many Western influences, a process that has been facilitated by Nepal's popularity as a tourist destination.
Given Nepal's vast geographic and cultural diversity, it is difficult to generalize about what constitutes Nepali cuisine. It is however characterized by its simplicity, lightness and healthfulness. Nepali cuisine varies by region, from the tropical Tarai to the arctic Himalayas, but most meals consist of some form of rice or other grain accompanied by lentils or peas and fresh vegetables. Meat, poultry and fish are served occasionally, mostly during celebrations.  Another common dish is Momo which is perhaps the most famous Nepalis dish. Also called dumplings in English it is bite sized and is full of flavour. 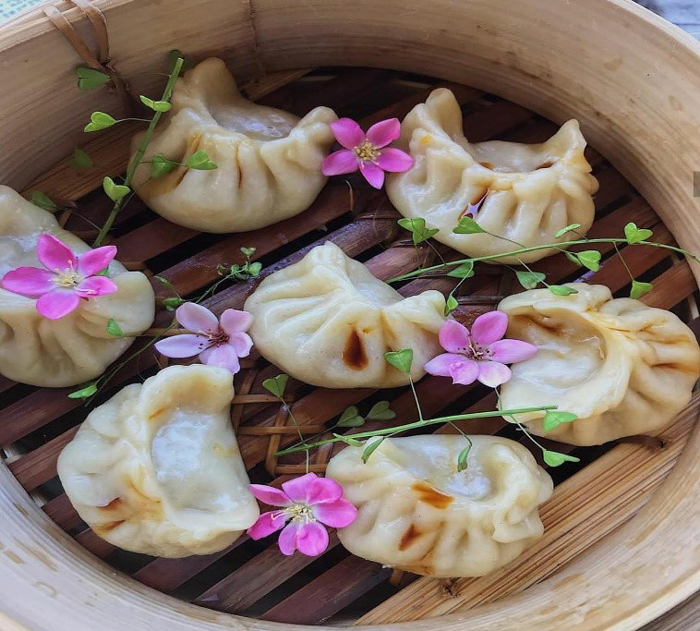 The joint family system, where the father, mother, married sons and their spouses all live together is still widespread in Nepal. During meals, family members gather on the kitchen floor and dine together. Dining together is always a joyous occasion in Nepal. Customs are deeply ingrained and food habits are taken seriously. Food is served on flat, compartmentalized plates called "khande thaal" in the local language with accompanying bowls.  It is also common to make slurping noises while eating.
Traditionally, Nepalese eat with their hands but with western influences, the ise of silverware has changed traditions. Locals however are convinced that the food tastes better when eaten with hands. Eating with one’s hand has its own etiquette. If there is any left-over food, it is usually offered to animals as a gesture of kindness to all living things. The Nepalese are very traditional and spiritual. Although Nepal is one of the poorest countries in the world, it is known for its hospitality. Guests are regarded as God and the Nepalese consider it an honor to welcome guests, including strangers and passersby. They treat them with kindness and courtesy.
In Nepal, culinary traditions and recipes are passed down by word of mouth from mother to daughter or daughter in law or grandmother and aunts’ overtime with each generation adding their own touch. Most westerners who go to Nepal for trekking and vacation don not explore the culinary heritage of traditional Nepali home cooking, they usually eat restaurant food or pre cooked meals, a meal that has developed a bad name particularly among trekkers who often refer to it as tasteless and bland. 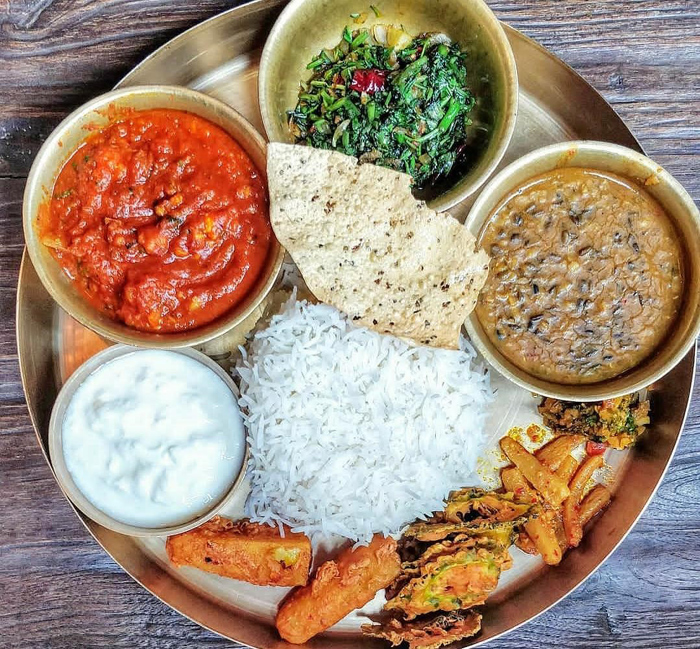 This is what a traditional and proper Nepali home cooked meal looks like. It has fresh ingredients and many varieties and is cheap and fulfilling for trekkers as well. These are called Thakali cuisine and are usually cooked in a traditional manner using coal and wood. The flavour packed dish is out of this world. Nepali cooks are not accustomed to using measuring devices and hence cook in a basic manner like any culinary tradition.