LET’S TALK A LITTLE ABOUT 1ST MAY!

May 01, 2020
Wondering why talk about 1st may? Well, just a reminder, it’s the International Worker’s Day, or Labour’s Day and also known as May Day. To the people working from home, it’s yours day too. Today keep aside your work a bit and celebrate because why not, every effort is appreciated and means to be celebrated when it’s YOUR day. To every worker out there, each one of you deserves a salute and respect from the core of our hearts, for working even in this worldwide pandemic, fulfilling your duties without fail and handling your responsibilities wonderfully.

So, why 1st may? Why not some other day? Well, this day has a long and varied history, dating back millennia. Throughout the years, there have been many different events and festivities worldwide, most with the express purpose of welcoming in a change of season (spring in the Northern Hemisphere), But, in the 19th century, May Day took on a new meaning, as an International Workers’ Day grew out of the 19th-century labor movement for worker’s rights and an eight-hour workday in the United States.

The connection between May Day and labor rights began in the United States. During the 19th century, at the height of the Industrial Revolution when thousands of men, women and children were dying every year from poor working conditions and long hours, in an attempt to end these inhumane conditions, the Federation of Organized Trades and Labor Unions (which would later become the American Federation of Labor, or AFL) held a convention in Chicago in 1884. The FOTLU proclaimed “eight hours shall constitute a legal day’s labor from and after May 1, 1886.” The following year the Knights of Labor—then America’s largest labor organization—backed the proclamation as both groups encouraged workers to strike and demonstrate.

And on May 1, 1886, more than 300,000 workers (40,000 in Chicago alone) from 13,000 business walked out of their jobs across the country. In the following days, more workers joined and the number of strikers grew to almost 100,000.
Now, May Day is an official holiday in 66 countries and unofficially celebrated in many more, but ironically it is rarely recognized in the country where it began, the United States of America.

After the 1894 Pullman Strike, President Grover Cleveland officially moved the U.S. celebration of Labor Day to the first Monday in September, intentionally severing ties with the international worker’s celebration for fear that it would build support for communism and other radical causes.

Dwight D. Eisenhower tried to reinvent May Day in 1958, further distancing the memories of the Haymarket Riot, by declaring May 1 to be “Law Day,” celebrating the place of law in the creation of the United States.

Truly, history has a lot to teach us about the roots of our radicalism. When we remember that people were shot so we could have the 8-hour day; if we acknowledge that homes with families in them were burned to the ground so we could have Saturday as part of the weekend; when we recall 8-year old victims of industrial accidents who marched in the streets protesting working conditions and child labor only to be beat down by the police and company thugs, we understand that our current condition cannot be taken for granted - people fought for the rights and dignities we enjoy today, and there is still a lot more to fight for. The sacrifices of so many people cannot be forgotten or we'll end up fighting for those same gains all over again. This is why we celebrate May Day.

THE DAY WILL COME WHEN OUR SILENCE WILL BE MORE POWERFUL THAN THE VOICES YOU ARE THROTTLING TODAY. {engraved on the Haymarket monument} 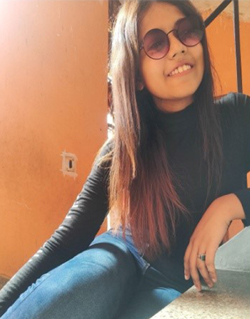