Animation all the way…

May 23, 2020
Of course, the times are hard to live through. The days are prolonged and you don't feel upto the mark all the time. If you are having a rough and tough day to deal with, here are some comics that could get past your dull mood to lighten your day: 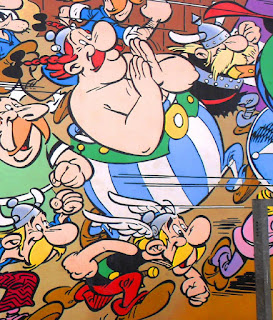 The Adventures of Asterix
A French bande desinée series about Gaulish warriors. It's about how these warriors fought the Roman Empire during the rule of Julius Caesar. Legit an adventure, if you haven't read it already! The jokes, the parts that make you want more and the stress buster relief that it gives you is something I'm sure all of us need at a time like this. The first series to have appeared in the Franco-Belgian comics magazine, "Pilote" in the year 1959, October 29th. Written by René Goscinny and illustrated by Albert Uderzo. Until the death of René, when Albert took over writing. It's about adventures of a village of Gauls as they resist Roman occupation during the 50 BCE. They do this, by the simple means of magic potions, which temporarily give strength of a superhuman. The protagonists, Asterix and Obelix are the ones who have various tails to share with their friendship and journey throughout the series. 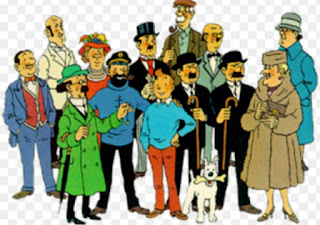 The Adventures of TinTin
A series of 24 bande desinée albums. This comic was created by a Belgian cartoonist, Georges Remi, who wrote under the name of Hergé. One of the most popular comics of the 20th century. Has been written in 70 languages and sold more than 200 million copies. It has also been adapted for radio, television, theatre and film. It is set during the realistic 20th century, with the main lead, Tintin who is a brave and young Belgian reporter and adventurer. Always helped by his dog, Snowy. Other protagonists happen to be the cynical, Captain Haddock, the intelligent Professor Calculus who happens to be hearing impaired as well, the incompetent detectives Thomson and Thompson and the famous Opera singer, Bianca Castafiore. It will surely take you down the journey of thrill and excitement battered with enthusiasm of comedy and suspense. An evergreen comic that never grows old, no matter what your age. 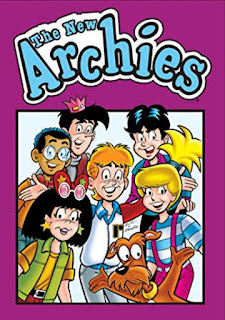 Archie Comics
An American publication headquartered in Pelham, New York. The title features the fictional characters of the comic, who are all teenagers, Archie Andrews, Jughead Jones, Betty Cooper, Veronica Lodge, Reggie Mantle, Sabrina Spellman and Josie the Pussycats. This story happens to revolve around these characters and their journey solving mysteries together. Not only do they solve cases, but it also shows how friendship works within them while working and bonding together. One of the classics in the comic collection. Archie comics characters and concepts have also featured in films, television programs, cartoons and video games. It takes you down a ride of fun, happiness, friendship bonding and a lot more you couldn't even imagine … 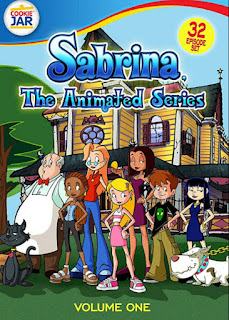 Sabrina: The Animated Series
A 1999-2000 American-Canadian animated children's television series. Based on Archie Comics character, Sabrina the Teenage witch was produced by Savage Studios and Hartbreak Films in association with D.I.C. Productions, LP, which was owned by Disney back then. The series was originally set in the Archie Comics book, where had no idea about her magic prior to her 16th birthday. And the story revolves around how she copes with it with the help of her two aunts and her black cat. The entire series is an everlasting journey of magic and witchcraft. Very childish, but I can guarantee that reading these comics, you tend to relive your childhood! 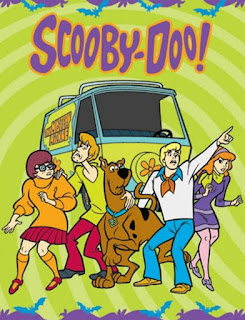 Scooby Doo
An American animated franchise comprising animated television series. Produced from 1969 till date, writers Joe Ruby and Ken Spears created the original series Scooby Doo, where are you! for Hannah Barbera Productions back then. This Saturday morning cartoon series starred teenagers, Fred Jones, Daphne Blake, Velma Dinkley, and Norville Shaggy Rogers and their talking Great Dane, named Scooby Doo who solves mysteries involving supernatural creatures through a series of antics and mis steps. It will take you to a whole new level of thrill and joy. These series once seen and read can make one want to be in the journey as well. These are what we live for! 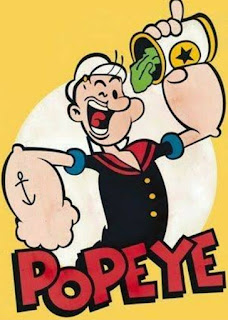 Popeye the Sailor
Fictional muscular cartoon character. It was created by Elzie Crisler Segar. This character first appeared in the daily King Features, comic strip, Thimble Theatre in 1929. Following this the comic strip became famous in the features, commonly known as Popeye. It has also featured in theatrical and television animated cartoons. Originally Popeye got "luck" from rubbing the head of the Whiffle Hen. By 1932, he gained strength by eating spinach. Swee'Pea is Popeye's ward in the comic strips. Depicted in the cartoons to belong to Olive Oyl. There is no sense of continuity in the events that take place. This comic though, remains a constant in depicting the contradictions of Popeye's capabilities. He seems to be uneducated, but solves problems with the solutions in a way that even the police or the scientific community find hard to question. Another one of the classics that keep you entertained. 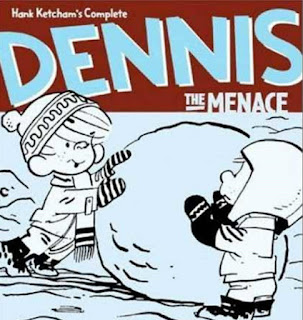 Dennis the Menace
A daily syndicated newspaper comic strip. Written and illustrated by Hank Ketcham, debuted on 12th March, 1951 in 16 newspapers. Usually it runs for a single panel on weekdays and full panel on Sundays. Gradually became so successfull that it was adapted to other popular media including several television shows (both live-action and animated) and several films including theatrical and direct-to-video releases. The inspiration coming from his real life son, Dennis Ketcham, and when his wife one fine day exclaimed, "Your son is a menace!" He knew what to name his comic. All the strips revolve around the pun intended way the little boy, Dennis speaks when told to do something or when he's said something in anger bybhis parents or neighbours. The name literally says it all. Menace being a complete mischief maker. Over the years it has become a popular comic that not only people wait for it to be shown in the papers, but also watch on television. To all the young adultsbout there, this is your chance to learn from Dennis, to pester your parents a bit more than usual! 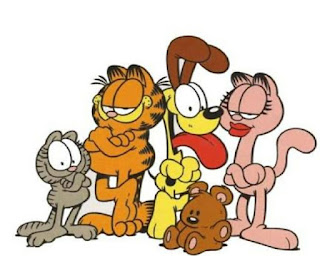 Garfield
Another well-known American comic strip. Created by Jim Davis, originally published as Jon in 1976. It chronicles the life of Garfield, who happens to be a cat, Jon Arbuckle, his human owner and Odie the dog are a few other characters. Around 2580 newspapers and journals have aired this comic strip, creating the Guinness World Record for being the world's most widely published comic strip. Rarely mentioned in print, Garfield is set in Jim Davis' hometown of Muncie, Indiana that was shown in the television special, Happy Birthday, Garfield. Common themes of this comic include, laziness, obsessive eating, love for coffee and lasagne and his hatred for Mondays and diets. One of the other comics you grow up to.
A few of these comics tend to make your life a little easy to live. Making you remember your childhood. Nostalgic moments of content and gay. Tends to make you go through another tough day at home with the awfully impossible conditions outside and worldwide.
-Namrata Dey